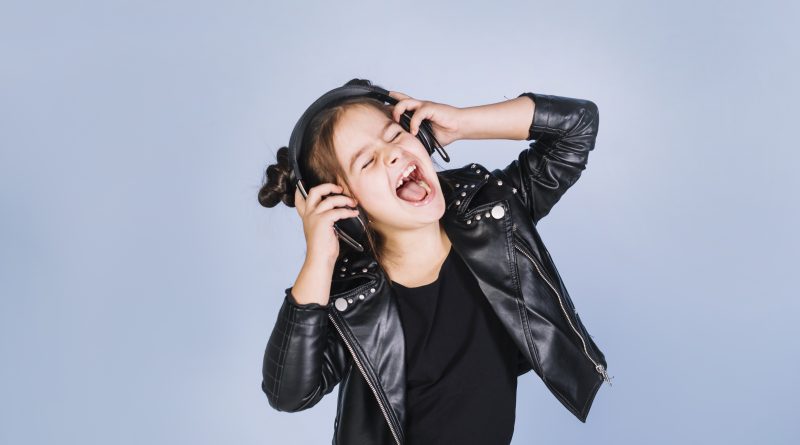 Over exposure to ear phones, headsets, leads, iPod, and Bluetooth can cause impairment, damage or loss of hearing. Among others, children with hearing impairment require to be dealt with great sensitivity….
By Dr A K Agarwal

Today the increasing craze of using electronic gadgets has become a worrisome trend. Technological tools are aimed at making life entertaining but not at the cost of one’s own health. Improved technologies have made the mankind get entrapped in the comforts and luxuries, leading to imposition of their many side effects on health. 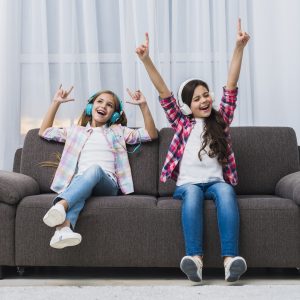 Ear phones and headsets are one such technology! Forced, improper or over use of ear phones, headsets, leads, iPod, and bluetooth can cause impairment, damage or loss of hearing. Their use not only affects the user but the surroundings too.
Exposing your ears to prolonged & high intensity of noise more than 85 db can lead to permanent hearing loss which can never be recovered back and permanent damage can occur. Cochlea is the main sense organ of hearing and has very delicate hair cells which detect sound frequencies. These hair cells can get damaged if exposed to prolonged duration of sound intensity of around 85- 125 db like from the noise of aero plane or missile or gun firing or listening to head phones at very high volumes.
Once these hair cells are damaged they generally do not recover especially if the high intensity exposure is not controlled & patient may experience hearing loss, continuous ringing or buzzing sensation called tinnitus, headache, irritation, lack of sleep, depression & difficulty in routine day-to-day activities. He may require the support of hearing aids & when profound hearing loss occurs where hearing aids also don’t work, he may require a cochlear implant surgery.

Moreover, many people just get lost in the world of music with the use of earphones, headsets, and loud speakers while driving, specially on highways, making the driver unable to hear the sound warnings given by other people or vehicles; thereby causing accidents. People also experience loss of balance owing to messed up air pressure effects.

In addition, these gadgets being constantly exposed to dirt and moisture also increase the risk of infections and other ear diseases. Prolonged ear phone use also irritates the temporomandibular joint near the ear canal causing soreness and pain in the ear. Also, sharing the leads with family and friends is a big unsafe practice. The bacteria from one person’s ear can travel to other person. Personal ear plugs are advisable.

People are advised to use ear phones in a subtle timed manner and buy only those products which fit their ear properly. Else, the skin inside the ear may get irritated or torn due to repeated adjustments. This may also cause bacterial infections.

Ear wax drains daily from our ears. Frequent prolonged use of ear leads hampers the movement of ear wax and may lead to conditions such as tinnitus (ringing of ears), pain in ears, infection, or even hearing loss.

These gadgets produce electromagnetic waves/currents which are proven to be really dangerous for the human brain. The idea of using electric currents to change the brain functions is not new. People using bluetooth daily often experience unexplained headaches.

The World Health Organization (WHO) aims to reduce the hearing loss cases and deafness by almost 50% by 2015, and by 90% over the next 15 years through the right mode of using earphones. Noise pollution is one of the most common causes of hearing impairments in adults.

The gadgets must not be used continuously beyond 15 minutes at one go. Otherwise, there is a hearing loss threat. Giving rest to ears in-between is a must. Some brands are making ear phones that have to be inserted directly into the canal resulting in blockage of air passages leading to infections and hearing loss over a period of time. MP3 players should be used up to 60% of their maximum volume for maximum of 1 hour daily.

We should ensure regular cleaning of ear gadgets and also the ears. In case of any infection, the use of ear phones must be immediately discontinued and ENT doctor must be approached. Ear phones can be cleansed by immersing them in a bowl of lukewarm water with few drops of anti-bacterial soap; cleansing it thoroughly later and drain excess water and letting the earphones dry completely before reuse. Even hands should be washed thoroughly before using ear leads. In case of rubber or sponge covers, these must be changed at least monthly.

Ear plugs must be fitted in the ear with rotation. Never try to push it too far into the canal. Also, the removal of earphones must not be pulling harshly as it may damage the ear drum. Rather it should be twisted gently out of the ear. Older style, larger headsets that rest over the ear are far better than ear phones. With the right tools, we need the right approach and right attitude, to generate smarter version of ourselves! 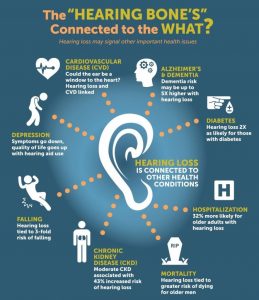 Education of children
Education of children with hearing impairment in India is just a little over a hundred years old. After Independence, improvements were seen with the establishment of many new schools in the 1950s and many programs based on the new technology came up in the 1960s. The sixties saw the establishment of the All India Institute of Speech and Hearing in Mysore where facilities for diagnosis of hearing impairment in infants and young children were available. At present, over 500 schools for the hearing impaired children are available in the country.

The Government has established and administers some schools whereas NGOs run many others. Most of the schools, still residential, admit children aged 5 years and above who spend the entire school year in the hostels; they go home only during summer vacation. Provision of vocational courses and sheltered workshops facilitates spending almost the entire lifetime of some students in these schools. Two colleges for the Deaf, one in Chennai, Tamil Nadu affiliated to the University of Madras and another in Valakam, Kerala conduct degree courses in Commerce and Art subjects; a third program is under the Indira Gandhi National Open University, New Delhi. Educating children with multiple disabilities is a difficult task. In India training programs to train teachers to help children who are ‘deaf-blind’ has only recently begun.

Globally, over 5% of world‘s population (more than 360 million population), has disabling hearing loss, according to new global estimates on prevalence released by the WHO, for International Ear Care Day. Of the total, 91% of these are adults and 9% are children.

Few projects have been started with the aim of early diagnosis and treatment of hearing disorders. Under the Project of Prevention of Deafness undertaken at All India Institute of Speech and Hearing, Mysore, funded by the Ministry of Health and Family Welfare, Government of India, Yathiraj et al. (2002) reported screening of 28,750 infants over a period of five years.

The earlier the parent/family accept the fact of impairment and follow a well-planned rehabilitation program under professional supervision, the better are the chances for the child and the family to lead a more normal life. Parental attitudes towards disability include inter alia acceptance, rejection, indifference and overprotection. Some parents work towards the development of the child, but feel the need to shelter and protect because of the disability. Overprotection denies the child the opportunity to achieve his potential in various areas of development.