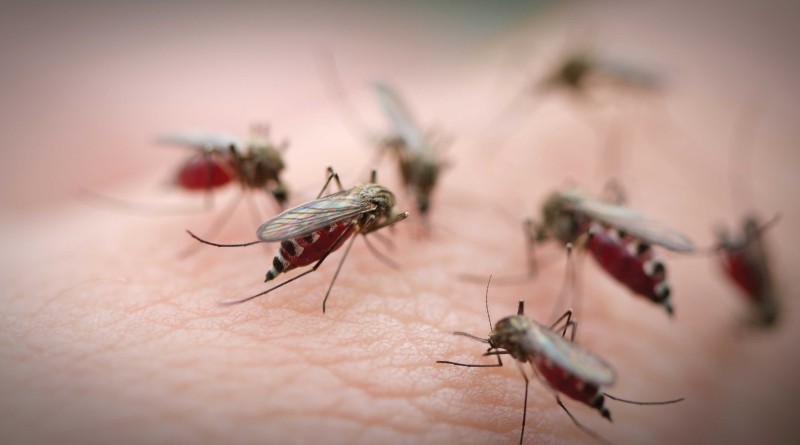 Vector borne diseases such as dengue and chikungunya have emerged as serious threats to public health. The government authorities and the society at large need to take effective steps for the prevention and control of these diseases
By Dr Suneela Garg/DR M. Meghachandra Singh/ Lt. Col (Dr.) Vipra Mangla

Vector borne diseases are the diseases that are transmitted by living organisms also known as vectors which can transmit infectious diseases between humans or from animals to humans such as mosquitoes, fleas, ticks, sand flies, bugs etc. The vector borne diseases account for more than 17% of all infectious diseases and cause more than 1 million deaths annually.
Of all these vectors, the mosquitoes are the main disease vector which cause several diseases of public health importance namely malaria, dengue, chikungunya, yellow fever, Japanese encephalitis, lymphatic filariasis etc.
Recently, there has been an outbreak of dengue and chikungunya in the national capital territory of Delhi, affecting a large number of population. The mosquito borne diseases are largely preventable through the various vector control strategies. National Vector Borne Disease Control Programme covers the various vector control strategies for six important vector borne diseases namely malaria, dengue, chikungunya, lymphatic filariasis, yellow fever and Japanese encephalitis. Let’s take a close look at the prevention and control of three most important of mosquito borne diseases namely Malaria, Dengue and Chikungunya.

MALARIA
Malaria is a potentially life threatening parasitic disease caused by parasites known as Plasmodium viviax (P.vivax), Plasmodium falciparum (P.falciparum), Plasmodium malariae (P.malariae) and Plasmodium ovale (P.ovale). Recently, a fifth parasite Plasmodium knowlesi (P. knowlesi) has been found to be existing in India. However, two types of parasites of human malaria, Plasmodium vivax, P. falciparum, are commonly reported from India. Infection with P.falciparum is the most deadly form of malaria.
Malaria is transmitted by the bite of infective Anopheles mosquito. Man develops disease after 10 to 14 days of being bitten by an infective mosquito. Inside the human host, the parasite undergoes a series of changes as part of its complex life cycle in liver cells (pre-erythrocytic schizogony) and red blood cells (erythrocytic schizogony).

Symptoms of malaria
The symptoms of malaria typically includes fever, headache, vomiting and other flu-like symptoms. As the parasite infects and destroys red blood cells, this results in easy fatiguability due to anemia, fits/convulsions and loss of consciousness. In case of cerebral malaria, the malarial parasites are carried by blood to the brain and other vital organs. Malaria in pregnancy poses a substantial risk to the mother, foetus as well as the newborn infant.

Habits of the Anopheles Mosquito
Feeding habits: Anopheles culicifacies is a zoophilic species (affinity towards animals) and when high densities build up, then they feed on man.

Resting habits: The vector rests during daytime in human dwellings and cattle sheds.

Biting time: Biting time of each vector species is determined by its generic character, but can be readily influenced by environmental conditions. Most of the vectors, including Anopheles culicifacies, start biting soon after dusk. Therefore, biting starts much earlier in winter than in summer but peak time varies from species to species.

DENGUE
Dengue is a viral disease which is transmitted by the infective bite of Aedes aegypti mosquito also known as tiger mosquito. Man develops disease after 5-6 days of being bitten by an infective mosquito.
It occurs in two forms: Dengue Fever and Dengue Haemorrhagic Fever (DHF). Dengue fever is a severe, flu-like illness. Dengue Haemorrhagic Fever (DHF) is a more severe form of disease, which may cause death due to bleeding leading to low blood pressure and low blood volume. Person suspected of having dengue fever or DHF must visit a doctor immediately.

Vector of Dengue
The vector of dengue is Aedes aegypti mosquito. It is a small, black mosquito with white stripes and is approximately 5 mm in size. It takes about 7 to 8 days to develop the virus in its body and transmit the disease.

Habits of the Aedes Mosquito
a) Feeding Habit: Aedes mosquito is a day biter and mainly feeds on human beings in domestic and peri-domestic situations. It bites repeatedly.
b) Resting Habit: Aedes mosquito rests in the domestic and peridomestic situations especially in the dark corners of the houses, on hanging objects like clothes, umbrella, etc. or under the furniture.
c) Breeding Habits: Aedes aegypti mosquito breeds in any type of manmade containers or storage containers having even a small quantity of water. The eggs of Aedes aegypti can live without water for more than one year. The favoured breeding places of the mosquito are desert coolers, drums, jars, pots, buckets, flower vases, plant saucers, tanks, cisterns, bottles, tins, tyres, roof gutters, refrigerator drip pans, cement blocks, cemetery urns, bamboo stumps, coconut shells, tree holes and places where rainwater collects or is stored.

Treatment of Dengue
Intake of plenty of oral fluids and rest is advised for the patient. Symptomatic treatment is given in form of antipyretics and anti-inflammatory drugs (such as paracetamol). However, it is advisable that self medication should not be done and one should always consult the doctor immediately.

Vector of Chikungunya
Chikungunya is spread by the bite of Aedes mosquito, primarily Aedes aegypti. The habits of the Aedes mosquito have already been discussed above with dengue.

Vector Control Strategies
The vector control strategies are largely the same for the mosquito borne diseases. The various control strategies for mosquitoes include environmental control, chemical control, biological control, personal protective prophylaxis and community participation.
Early case Detection and Prompt Treatment (EDPT): EDPT is the main strategy necessary for all the cases of mosquito borne diseases to prevent their transmission.
Chemical Control: Use of Indoor Residual Spray (IRS) with insecticides is recommended under the National Vector Borne Disease Control Programme (NVBDCP).
Chemical larvicides like Abate (Temephos) used in potable water, aerosol space spray and Malathion fogging is used during outbreaks. In case the water collection cannot be removed or has to be utilized for cattle or other purposes, then Abate can be used once a week in a dose of 1 ppm (parts per million).Pyrethrum extract of 0.1% ready-to-use formulation should be sprayed in rooms to kill the adult mosquitoes hiding in the house.
The application of mineral oil is an accepted method of controlling mosquito larvae. The oils that are used commonly includes kerosene oil, fueal oil, diesel oil, malariol etc. Kerosene oil is the preferred oil because of its remarkable spreading property over water. The oil penetrates the breathing apparatus of the mosquito larva and kills it.
Biological Control: Larvivorous fish such as Gambusia commonly known as the Guppy fish, Poecilia fishes etc. are used in ornamental tanks, fountains etc. Biocides (microbes which feed on mosquito larvae) such as Bacillus thuringensis var israelensis and Bacillus sphaericus are also used as part of biological control.
Personal Prophylactic Measures: These measures can be taken up by the individuals/communities and include the use of mosquito repellent creams, liquids, coils, mats etc., screening of the houses with wire mesh and wearing clothes such as full sleeves shirts, full pants with socks so as to cover maximum surface area of the body. Bednets treated with insecticide should be used for sleeping during night as well as day time to prevent mosquito bite.
Community Participation: Community participation involves sensitizing and involving the community for detection of mosquito breeding places and their elimination. NGO schemes are involved in the programme strategies and collaboration is carried out with different agencies.
Environmental Management and Source Reduction Methods: This strategy involves detection and elimination of mosquito breeding sources near the domestic or per-domestic areas such as management of roof tops, porticos and sunshades, proper covering of stored water, reliable water supply, channelization of breeding source and observation of weekly dry day.
The weekly dry day involves not allowing water storage for more than a week by emptying and drying the water containers weekly, straining of the stored water by using a clean cloth once a week to remove the mosquito larvae from the water and this water can then be reused. The sieved cloth should be dried in the sun to kill immature stages of mosquitoes.
Health Education imparting knowledge to common people regarding the disease and vector through various media sources like T.V., radio, cinema slides, etc. is important in controlling mosquito borne diseases.