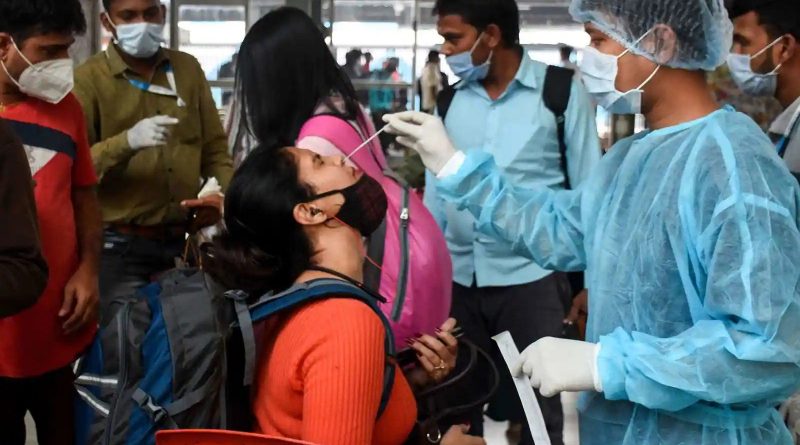 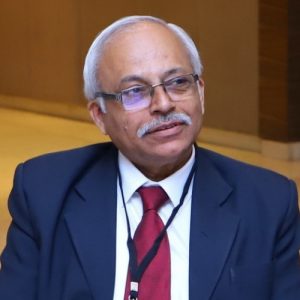 Right from its origins, whether naturally from animal reservoir, or from a laboratory as a result of “gain of function research” gone astray, to the mode of its transmission, the benefits of lockdowns and physical distancing and efficacy and safety of vaccines and many other issues, including handling of dead bodies of those who succumbed to the infection, have been subjects of claims and counterclaims polarizing scientists and society.

Serious science and scientists took a back seat as brought out in an editorial in the British Medical Journal by Abbasi titled, “Covid-19: politicisation, corruption and suppression of Science,” dated 13 November 2020. In this editorial Abbasi poignantly comments, “When good science is suppressed by the medical-political complex, people die.”

Need of the hour: Balanced narrative for restoring confidence in science among the masses.
While the tug-of-war between the proponents of lockdowns, masking, mass vaccination and vaccine mandates and those opposed to these measures continue the latest uncertainty and panic revolves around Omicron sub variants. The daily news on these sub variants with attention grabbing statements by various experts, without any evidence, warning that these sub variants can trigger fresh waves of infection and hospitalization are alarming. And most of these experts persuade people to take their boosters, again without any evidence or logic, as these are made from earlier variants.

Science without attention to basics has a tendency to regress to ritualism. While rituals in religion are mostly benign and provide solace to the soul, ritualism in science is not always benign as intervention involves introducing active ingredients with occasional short term side-effects and uncertain long term harms.

An important principle of public health is proper risk communication to the masses to avoid adverse psychological and social impact, an aspect neglected throughout the pandemic. Unchecked, population level panic can lead to frantic scramble by mild and asymptomatic cases for hospital beds often depriving those who really need them. This article endeavours to objectively consider the phenomenon of mutation and its implications in a manner understandable to the masses to enable proper risk communication without generating undue panic and anxiety. 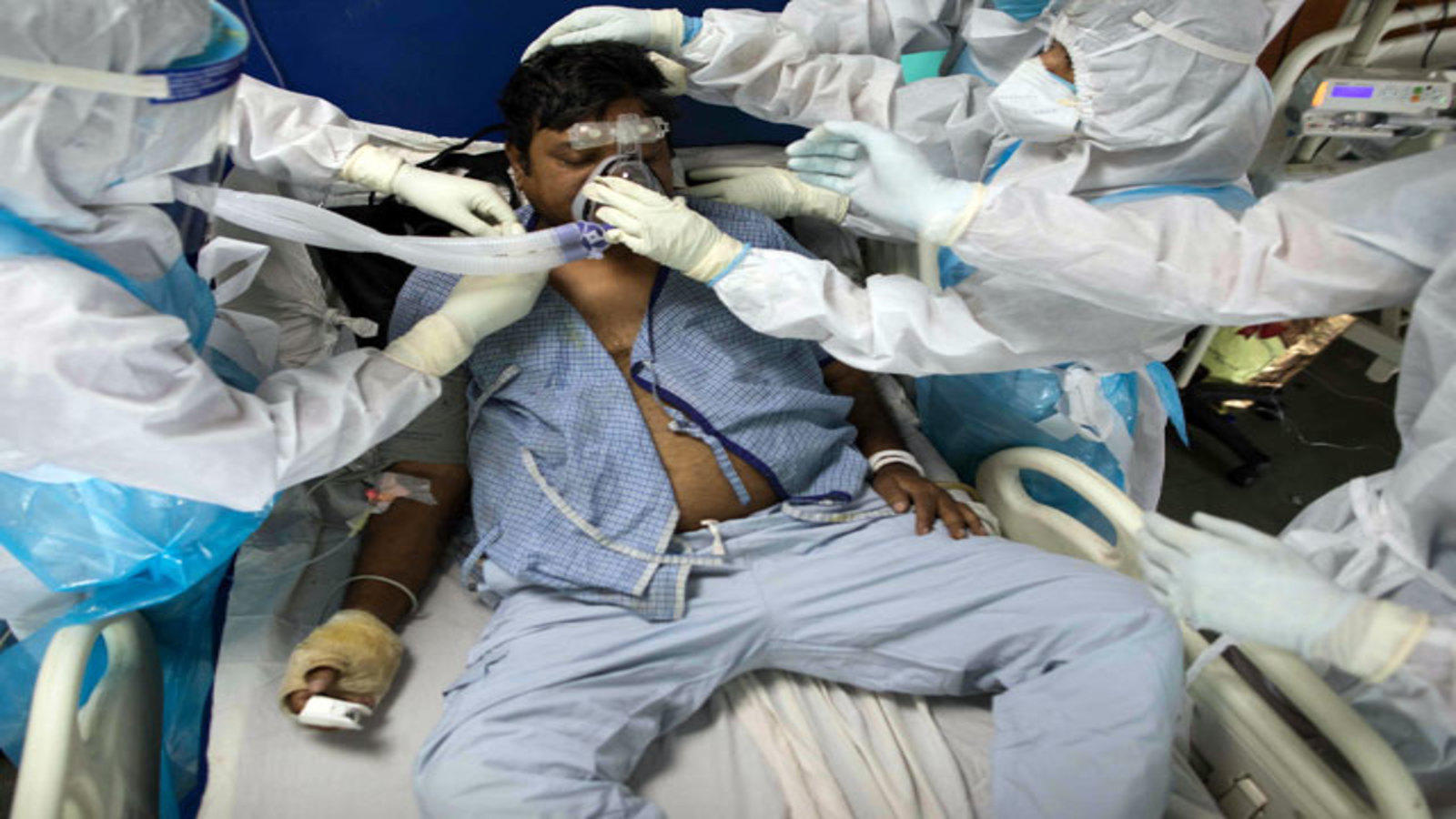 SARS-CoV-2 mutations, examples of other coronaviruses and their likely impact at population level.
Mutations are common phenomenon among coronaviruses. The common cold is caused by four circulating coronaviruses, milder than the original SARS-CoV-2. Once a person has a cold from any of these viruses, he or she is not permanently immune to future colds. The immunity wears off or the person can encounter other strains of circulating coronaviruses. Moreover, the common cold viruses constantly mutate making it impossible to create an effective vaccine that will protect against all circulating strains. Even if one is created the immunity produced by it would not last.

If the SARS-CoV-2 behaves like other coronaviruses, and there is no reason to believe otherwise, then most probably we will be unable to make an effective and long lasting vaccine even if many are developed and deployed in record time as was done in unholy haste in the present pandemic.

Strangely, constant mutations among the family of coronaviruses was never highlighted by the media, nor considered by scientists and policy makers in their heady rush to develop and deploy the vaccines at mass scale in record time. The optimism promoted was that there will be only one strain of SARS-CoV-2 or at the most mutant versions will be closely similar and that immunity from the vaccine will be long lasting. Both these assumptions turned out to be incorrect.

The home of Omicron and its subvariants – The South African experience.
The discovery of Omicron in South Africa was the turning point in the pandemic, for the better. Even the doyen of vaccines, Bill Gates, conceded that Omicron was “sadly” better than vaccines at building immunity against Covid-19! In spite of this, the world media and experts went overboard in sensationalizing the emergence of Omicron pushing for boosters with gusto. As a knee jerk reaction, some countries such as UK and USA banned trade and travel overlooking the evidence of much milder disease and hardly any hospitalization and deaths in South Africa due to this emerging variant.

The bans failed to prevent the spread of Omicron but harmed the already struggling South African economy. The global medical-political community seemed to overlook the fact that in spite of very modest mass vaccination rollout in South Africa, the Omicron variant hardly caused a ripple over there. Most cases were very mild and few required hospitalization.

ICUs remained deserted. This should have reassured the world community that the subsequent variants were evolving towards milder forms obeying nature’s law of peaceful coexistence. 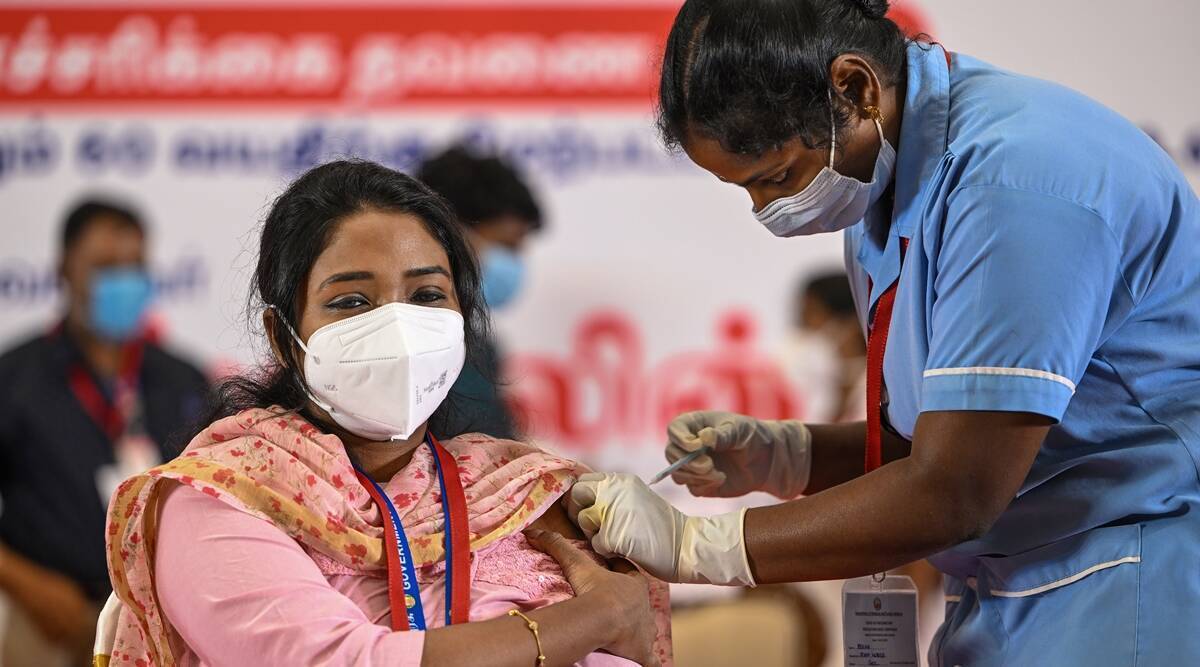 Nature grants all living beings from viruses to humans a fair chance of survival
Whether humans, being anthropocentric, like it or not, nature offers equal opportunities for survival to all beings. To survive, all living beings which thrive follow nature’s way of adaptation – Darwin’s Law. These adaptations are by way of mutations, due to fortuitous errors during replication, and selection pressure perhaps by mass vaccination during a pandemic. According to principles of successful parasitism, such errors are beneficial to both the virus and humans. Errors that make the virus fittest for survival propagate while others lose out in the evolutionary race for natural selection.

A lethal virus does not go far perishing with the unfortunate host leading to a dead end infection. Even a variant which will cause severe symptoms will not go far as such patients will isolate themselves and not mix. The virus in them will phase out due to lack of opportunity for transmission. The strains which will survive and go far will be the less virulent variants, which do not kill the host, producing very mild to no symptoms. People infected with such strains will mingle and transmit benign progenies of the virus far and wide. High transmissibility is inversely proportional to high lethality.

On the other hand benign variants will induce far more robust population level immunity by mild natural infections with negligible casualties. Studies from Israel have established that natural immunity is 13 to 27 times stronger than vaccine induced immunity. And the added advantage will be that this natural immunity will be provided by the latest strain circulating while the vaccine induced immunity will always be due to a previous strain which the current strain will easily evade. 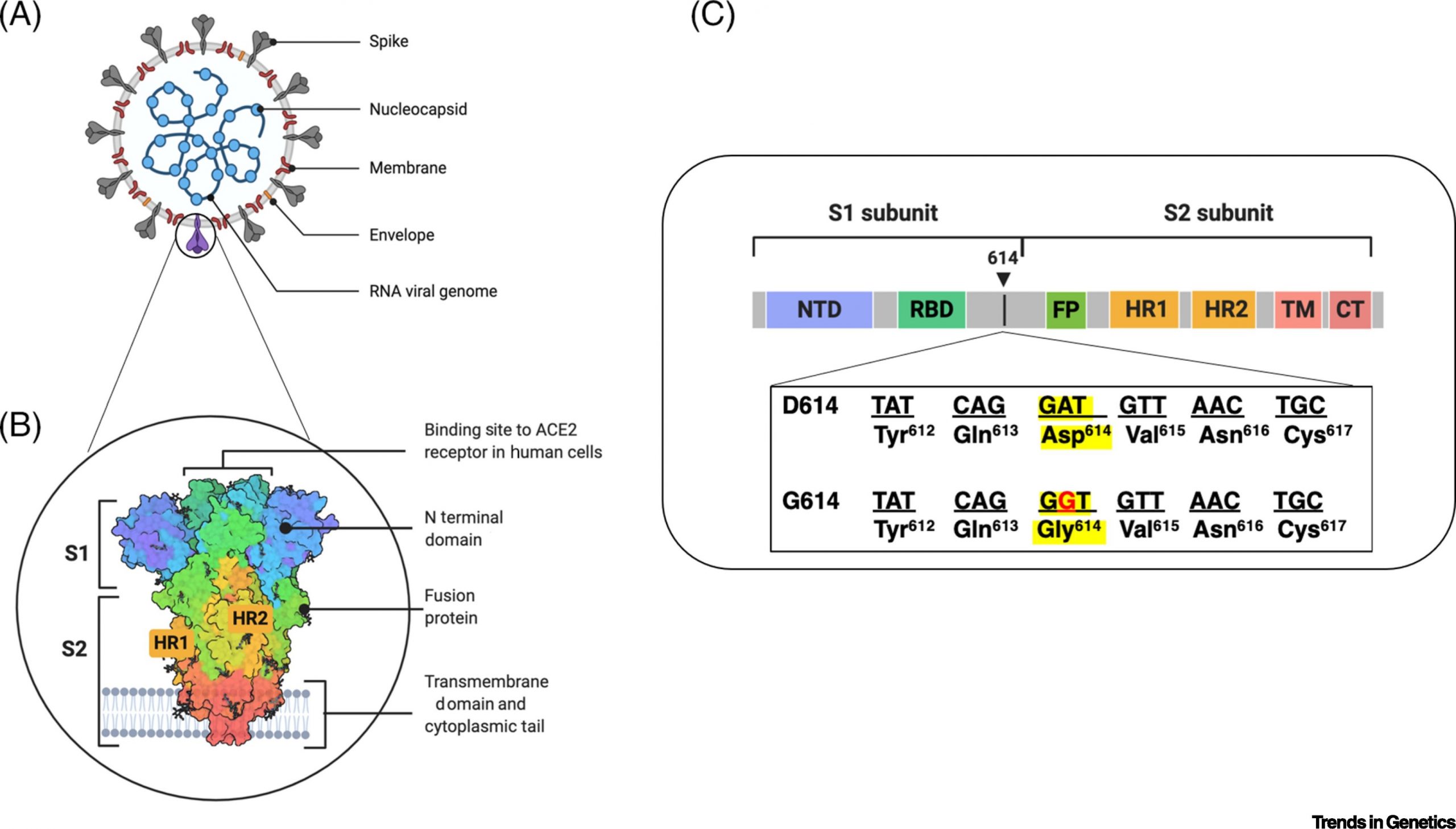 Status update on Covid strain – of academic interest only
Currently the XBB strain is the wild horse on which bookies are laying the odds to win in the race for survival. This strain has doubled in the week leading to third week of October 2022 in India. XBB was seen in 71 cases till October 14, 2022 but went up to 136 by October 23, 2022. Eight states have reported XBB. Tamil Nadu leads with 52 cases, followed by Odisha with 35 cases, WB and Maharashtra with 17 cases each, Delhi 5 cases, Karnatka 6 cases, Gujarat 2 cases and Rajasthan 1 case. The previous strain BA.2.75 of Omicron is still trotting in the lead but fast losing ground to the XBB. According to experts, XBB has been detected in 26 countries so far and being claimed to be the most immune evasive sub variant so far to vaccines as well as immunity from prior infection.

Do we have to worry? Do we blindly scale up mass vaccination? In our arrogance should we assume that only human interventions can outperform natural laws of natural selection leading to peaceful coexistence with the virus?
At the start of the pandemic, sterile mathematical models wrongly predicted doomsday leading to draconian measures and associated collateral harm and economical setbacks. Just when the pandemic is trotting to a halt genomic sequencing and surveillance should not make us trigger panic leading to similar irrational catastrophic interventions. Genomic studies should be academic exercises while policy should be based on ground situations such as how many serious cases land up in hospitals and ICUs.

From data in the field there is no indication that the spread of XBB and other sub variants are overwhelming the hospital services. On the other hand such large scale relatively harmless transmission with benign progenies of the virus will speed up population level immunity with the latest strain beyond the reach of vaccine induced immunity. 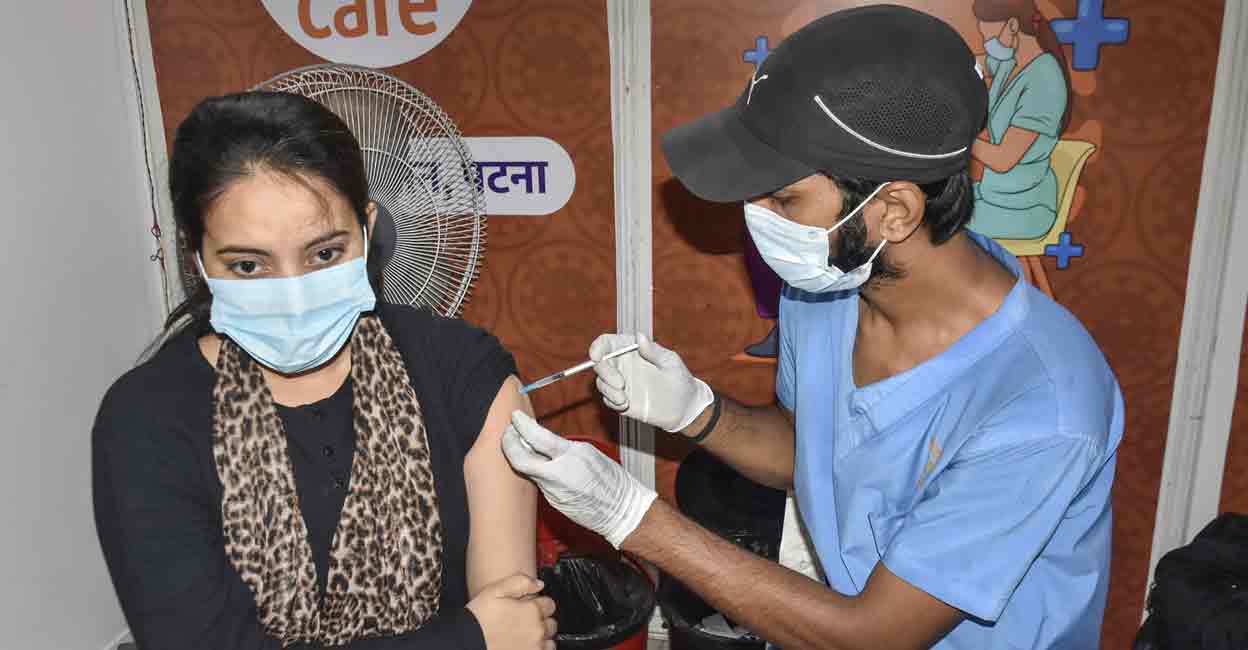 What about fallout of highly lethal strains as a result of “gain of function research”?
There are concerning reports that “gain of function” research in Boston, USA has yielded a coronavirus strain with 80% lethality in mice. While such studies should definitely be discouraged by the scientific community, should we worry about a major pandemic with potential to cause large number of deaths in humans? While the lethality of any such “lab generated “ virus may lead unfortunately to few deaths in a virgin population, the laws of natural selection as explained above will limit its spread and highly lethal strains will phase out relatively fast.

Conclusion
Chasing mutants of viruses is like chasing a deer in the jungle. Thousands of mutations take place naturally while only a few get detected by resource intensive measures. Detecting a mutant by genomic surveillance and raising panic leading to restrictive policies is like shutting the stable door after the horse has bolted. Before a new variant is detected, it has spread widely in the community, imperceptibly. Nature achieves ecological balance silently and efficiently unlike humans who do it clumsily and with much propaganda and fanfare most of them to be proved futile later. The prudent policy would be to achieve overall physical and mental health at individual level as the pandemic proved to be a pandemic of comorbidities, and improve our public health infrastructure which got exposed during the second wave in the country. Futile chase of a fast mutating virus with low lethality should be abandoned.