Thank you for your continuous support. Double Helical has been making a difference in the lives of the socially and economically disadvantaged groups through raising awareness as well making voluntary contributions in the areas of education, health, human rights and social services.
The magazine provides a platform to recognize innovation, people, products and services that are helping to transform the healthcare sector in the country and ushering in affordable, high quality and inclusive healthcare for masses.
According to initial reports from South Africa the lethality of the Omicron variant is more than seven times less than the delta variant. It is high time the world stops chasing emerging mutants of the virus and allow nature to take its course.
If we do not stop being obsessed with a virus which is growing milder we will end up investing huge resources on a condition milder than the common cold at the cost of neglecting more pressing public health problems in poor countries. For instance, more than 2000 children die from preventable causes and malnutrition every day in India, about 1400 succumb to tuberculosis, and around 400 young people die of road traffic accidents. Other major scourges in the country which take young lives are typhoid, dengue hemorrhagic fever, Japanese encephalitis, scrub typhus to name a few.
As we already experienced two waves. The second wave was almost four times more widespread than the first with a rapid rise and an equally steep fall. This latter wave was due to the delta variant many times more contagious than the original variant. It left large chunks of our population immune in its wake. This acted as brakes and brought about the endemic status.The first wave peaked in India around September 2020, barely touching a daily total of 1 lakhs cases with around 1200 deaths. By end of 2020 and early 2021, the pandemic appeared to have receded. In the current issue, we focus on alarming incidence of alcohol consumption in Indian society has wide-ranging negative effects, manifesting not only in health-related aspects but in social and economic conditions too. Curbing alcohol abuse needs to be made a priority in public health policy for achieving a healthy India
Alcohol consumption in India amounted to about 5.4 billion liters in 2016 and was estimated to reach about 6.5 billion liters by 2020. The steady increase in consuming these beverages can be attributed to multiple factors including the rising levels of disposable income and a growing urban population among others. In India, alcohol consumption is widespread across all the states and the union territories and an estimated 160 million consume alcohol . According to National Family Health Survey-4 (NFHS-4), 29.2 men and 1.2% women consume alcohol (14).Men are almost two times more likely to binge drink than women. Approximately 22% of men report binge drinking and on average do so 5 times a month, consuming 8 drinks per binge. In 2019, 7% of men had an alcohol use disorder compared with 4% of women.
Men are almost two times more likely to binge drink than women. Approximately 22% of men report binge drinking and on average do so 5 times a month, consuming 8 drinks per binge. In 2019, 7% of men had an alcohol use disorder compared with 4% of women. Though women have had historically lower drinking rates than men, the negative effects of alcohol abuse are typically worse and more pronounced for women. The problem is exacerbated by the special dangers that alcohol poses for women. In general, alcohol affects women more strongly than men.
A global phenomenon, alcohol consumption is now getting worldwide attention due to its harmful impact on the society. Alcohol is classified as psychoactive substance which produces dependence. It has not only important implications on health but also social and economic aspect as well. There are a number of factors which determine alcohol consumption in a society.
Apart from this, if talk about “Impact of Consumer Protection Act 2019 on Medical practitioners” then it is right to mention that the question whether health-care should be under the purview of consumer courts, has always drawn controversy. The doctors have fought vigorously against it but with limited success. In the landmark case of the Indian Medical Association (IMA) vs. V.P. Shantha 1995, the Supreme Court ruled that the service rendered by a doctor and a hospital falls under the definition of ‘Service Provider’ and will continue to be a service unless a monetary consideration is missing, say in the case of a charitable operation. Subsequently, when the Consumer Protection Act 2019 was enacted, several members of parliament objected to the inclusion of ‘healthcare’ under list of services. The minister then agreed to drop the term ‘health-care’ from CPA 2019, but did not specifically exclude health-care as a service. Consumer courts in the country continued to entertain cases of medical negligence against Doctors. To have this matter clarified, a group of Doctors recently filed a petition in the Bombay High Court. In 2021, the court ruled that “mere repeal of the 1986 Act by the 2019 Act, without anything more, would not result in exclusion of ‘health care’ services rendered by doctors. There is more such interesting and thought-provoking stuff to savour in this issue. So, happy reading! 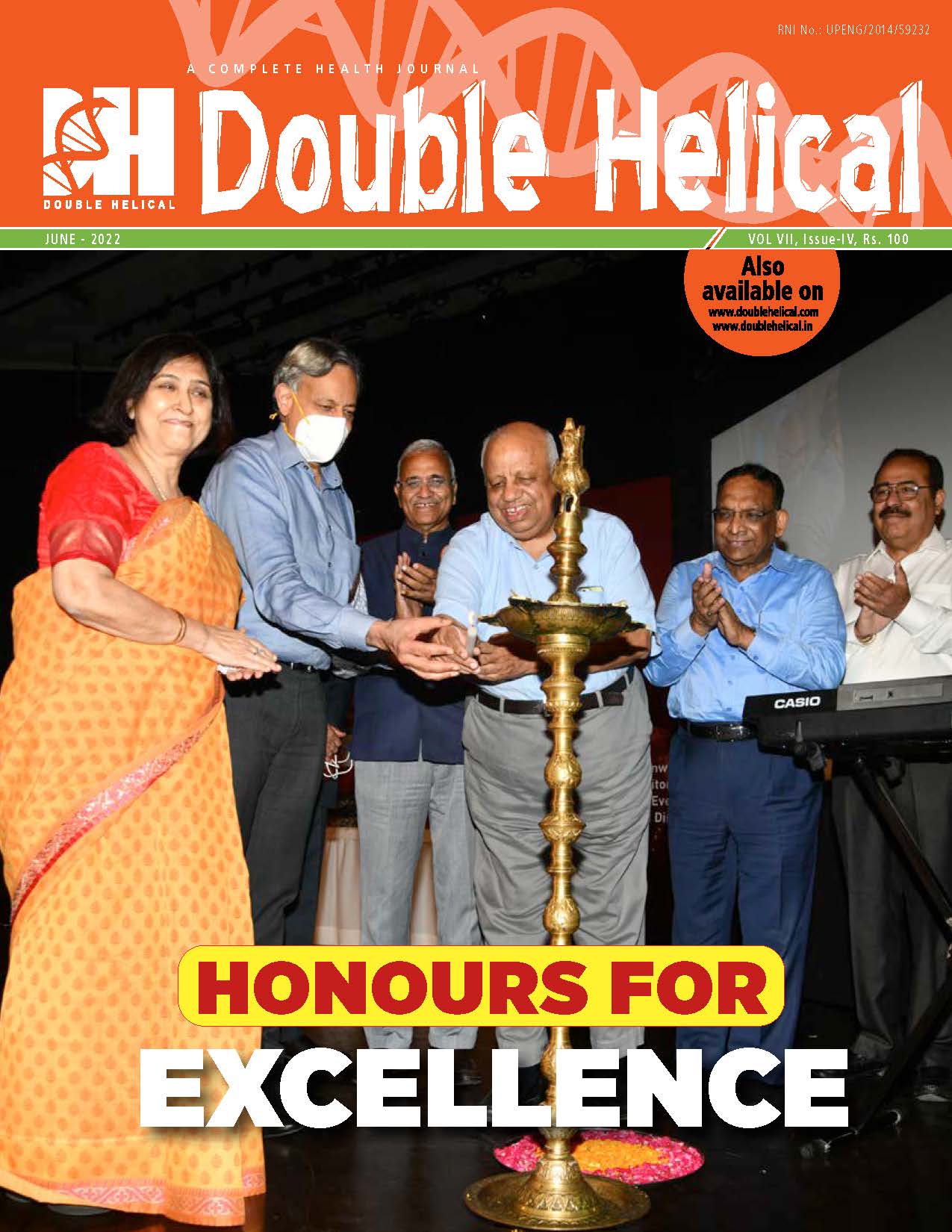