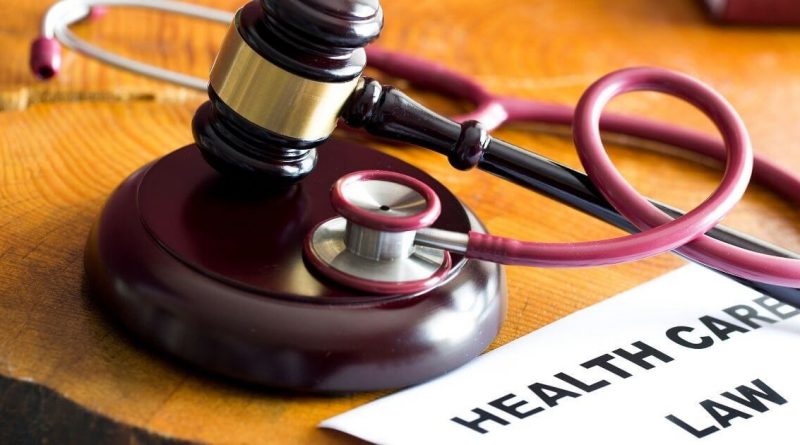 The rapid development in medical sciences has created many subspecialties and super specialties all of which are impossible to be available in all hospitals…..
By Dr Neeraj Nagpal

India is a country where about 70% of healthcare is provided in Private Small and medium healthcare establishments which means in clinics, small nursing homes and hospitals less than 30 beds. The scale of operations of these establishment is restricted and they individually are not adequately equipped for all types of medical and surgical emergencies.

Though some of them may even be providing high quality tertiary care in their own restricted field but even these super specialty but small establishments are also grossly deficient in other fields. This type of healthcare system has developed over time in India due to the entrepreneurship of individual doctors when faced with the gradual abdication by the government of its responsibility to provide healthcare and preserve life of its citizens though enshrined in the constitution as a fundamental right under Article 21. Unfortunately few erratic judgments have penalized nursing homes and hospitals for not having ICU, NICU, Ventillators and other equipment.

With no codified law which encompasses this referral and transfer process one is left with Indian Medical Council Regulations 2002 , the Charter of Patient’s rights provided by National Human Rights Commission and to some extent the Clinical Establishment Act to deal with the matter. Few odd case laws on the issue also exist but the need for a regulatory mechanism for such transfer and referral is urgent need of the hour.

As per the The Indian Medical Council (Professional Conduct, Etiquette And Ethics) Regulations, 2002 Section 2.1 A physician can refer a patient to another physician, however, in case of emergency a physician must treat the patient. However, when a patient is suffering from an ailment which is not within the range of experience of the treating physician, he may refer the patient to another physician. As per Section 3.6 When a patient is referred to a specialist a case summary of the patient should be given, and the specialist should communicate his opinion in writing to the attending physician. Section 4.3 When a physician has been called for consultation, the consultant should normally not take charge of the case, especially on the solicitation of the patient or friends. The consultant shall not criticize the referring physician. He/she shall discuss the diagnosis treatment plan with the referring physician.

As per the Charter of Patients Rights the NHRC expects that the Right of a patient to proper referral and transfer, which is free from perverse commercial influences be upheld. According to the charter, the patient has the right to continuity of care, and the right to be duly registered at the first healthcare facility where treatment has been sought, as well as at any subsequent facilities where care is sought. When being transferred from one healthcare facility to another, the patient / caregiver must receive a complete explanation of the justification for the transfer, the alternative options for a transfer and it must be confirmed that the transfer is acceptable to the receiving facility. The referral process must not be influenced by any commercial consideration such as kickbacks, commissions, incentives, or other perverse business practices.

A SMHCE in India usually comprises of a single doctor / doctor couple who are the only full time medical staff of the establishment supported by a few visiting consultants if any. Judicial expectation of ensuring that a patient referred reaches the destination without deterioration means the SMHCE should have an ambulance which is well equipped (plus maybe a spare) , a driver available round the clock, and a doctor who accompanies the patient. Since the SMHCE has only a single doctor or doctor couple that would mean the owner of the SMHCE should accompany the patient abandoning other patients who may be under his care. Obviously neither is it practical nor is it feasible. More than 95% of the SMHCEs in India will not have an ambulance and 99 percent would not have a driver available 24 hours round the clock.

Besides the transfer is also the issue of providing complete transfer papers which in themselves would not be difficult were it not for the fact that these papers have to be generated by the SMHCE’s only doctor while simultaneously managing the medical emergency and personally accompanying the patient. The luxury of time is one thing a doctor does not have and unlike the judiciary which can take months to provide a written judgment , doctors need to do their paperwork in extreme emergencies while simultaneously counseling the patient’s relatives regarding the need to transfer and maybe also dealing with some degree of violence.

The elective referral of a patient to another doctor or medical establishment has its own issues which have ethical and legal ramifications. The Indian Medical Council regulations of 2002 Section 6.1 prohibits the doctors from advertising. In the absence of advertising they are expected to depend on word of mouth for sourcing their patients. Specialists, super specialists, Diagnostic Centers and even Hospitals have gradually evolved the system of cuts and commissions to develop this patient pool.

As per the Indian Medical Council Regulations 2002 Section 6.4.1 Asking for or Giving any gift, in return for the referring, any patient is punishable. However Technological developments and sky rocketing costs of this technology has shifted the ownership of medical establishments from professional doctors to businessmen who may or may not be doctors. Ethics is either a non entity for these businessmen or then it takes a backseat when the issues are of investment and return on investment. Government has also not helped matters in the sense that there is “bury your head in sand” approach. If an establishment or a doctor could advertise and reach potential patients directly they would not have to rely on touts and middlemen to source their patients. Also no cost accounting of procedures and investigations has ever been done in our country. If an establishment can do a procedure for a cost lower than what is calculated as “fair price” and still wishes to reward those who send them patients then the issue of ethics does not arise. As long as the consumer gets a fair deal the doctors and hospitals need not be held guilty of corrupt practices regarding how they source their patients. There is then an issue where a business owner of a medical establishment is free from the shackles of Indian Medical Council Ethics regulations and to compete in open market even ethical doctors are forced to do in Rome what Roman’s do.

Including doctors in the Consumer Protection Act has already established doctors to be traders of services and Hospitals to be shops, in the patients minds. Under the circumstances ,how and why the customers are coming to these shops and traders should be no one’s business as long as the consumer gets a fair deal. All Insurers give a commission to the agents who source business for them. The ‘cut’ exists even in the legal field, in construction business, and probably in all other trades and professions. Even the Police offers “reward” for information. One cannot have one’s cake and eat it too. Either we are a “noble Profession” or we are shopkeepers , traders and service providers. If we are in a noble profession where is any shred of immunity which noble professional’s deserve.

The illusion of nobility of the profession may seduce a youngster to join the profession but he is bound to question the rationale of investing huge amounts to gain education which is grossly overpriced and not expect a return on investment. The Government in its wisdom has permitted medical colleges to charge crores for imparting medical education. Besides the cost of education is the huge investments needed today to set up medical establishments.

A table, chair an examination couch and a stethoscope was all the investment which was needed 20 years ago. Today the scenario has totally changed and it is not fair to judge doctors with lenses of yesteryears. What is needed is a pragmatic approach to the issue of cost of medical education, compliances needed to be met for establishing SMHCE, issue of advertising by healthcare establishments whether owned by doctors or by businessmen, and notification of fair price of various procedures based on professionally sourced and audited data of good private hospitals.