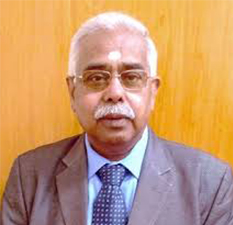 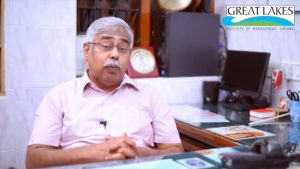 Dr R V Ashokan is the new Secretary General of Indian Medical Association (National). He recently took charge as Honorary Secretary General, IMA for the next two years. In an interview with Double Helical, he expressed his commitment to serve the suffering humanity, while upholding the purity and glory of medical profession. On National Medical Commission (NMC) Bill, 2017, Dr Ashokan informed that the IMA has recently filed a petition in the Supreme Court to look after doctors’ interest. He said that his post carries a host of responsibilities such as providing legal security and addressing personal and professional concerns on behalf of the doctors. He said that IMA always goes the extra mile in promoting public health. His focus is to execute the plan to set up public health centres like blood bank, cancer treatment hospitals etc, to maximize the delivery of healthcare services.
Dr Ashokan hails from a small town Punalur in Kollam district, Kerala. After perusing MBBS degree, he completed MD in General Medicine. A practicing physician, he was the IMA State Secretary of Kerala for three years and also served as its State President. He conceived and established IMAGE, a project to handle biomedical waste of the entire Kerala; he was the chairman of the scheme for six years. He also played a lead role in bringing Rs 100 crore GFATM TB Public Private Mix project to IMA and served as its National Coordinator for 6 years. He served for two years in Strategy and Technical Advisory group for TB in WHO (Geneva) and as one of the contributors of international standards for TB care. He served as the National Joint Secretary of IMA board of India for four years and also its Chairman for four years.
According to Dr Ashokan, violence against doctors and other medical practitioners in India has been reported as an increasing problem. On an average, one in 2 doctors faces violence at public hospitals. Violence is much more common in healthcare than in other industries. Violence in healthcare may take a variety of forms.
Violent events can happen with anyone. The doctors are usually unprepared to face such episodes. There are many ways to reduce the potential for violence and the number of episodes. One of the most serious problems in worldwide healthcare, violence needs to be addressed in a channelized way.
Violence may stem from patient dissatisfaction with care, costs associated with insurance premiums, unrealistic expectations, and overworked and underpaid hospital staff, as well as the rising cost of health care due to the government’s inability to subsidize hospital operations. Lack of a third-party formal dispute resolution system in many hospitals has been suggested as a factor, and the acceptance of bribes or good-faith money in the form of red packets has been implicated. Media coverage, and a lack of health literacy amongst the population, who may often seek unnecessary high-level care, are also other contributory factors.
India is not the only country facing violence against its medical practitioners; today this is a global phenomenon. The main reason behind violence is ignorance about disease and prognosis, lack of knowledge regarding medical science. Today mob mentality becomes very aggressive which makes the hospital work harder.
There is lack of communication and overworked staff leading to numerous patients and understaffing of doctors. The junior doctors mostly get attacked as first responders in critical situation, because they lack training in proper communication. There is also lack of surveillance, security and restriction of movement of multiple attendants inside hospital premises. The government should be very transparent with lack of institutional/organisational policies, and prepare action plans to deal with violence.
There are various types of healthcare violence like verbal abuse, mobbing, threats, psychological harassment, physical violence, vandalism and cyber trolling.
The effects of healthcare violence lead to doctors working under stress, and families of doctors feeling threatened. In this case, criminal offences are punishable under the provisions of the Indian Penal Code, 1860, public nuisance under Section 268 & 269 IPC, any type of hurt under Section 319, 323 & 324 IPC while grievous hurt under Section 320, 325 & 326 IPC and endangering life or personal safety of others under Section 336, 337 & 338 IPC.
Many of the reported attacks on doctors have been by patients or their family members who were dissatisfied with the care they received. In a recent incident a patient suffering from ankylosing spondylitis and tuberculosis used a knife to attack several doctors in a private hospital of western Uttar Pradesh after the patient was refused a drug treatment that he had requested. Tragically, one doctor who had not been involved in the patient’s case, died.
According to a study by the IMA, over 75% of doctors have faced violence at work. A lady doctor was killed by the husband of a pregnant woman who was admitted in a serious condition. She was referred to another hospital but died before she could be shifted. The husband entered the consultation chamber of the lady doctor with three accomplices and attacked her with a sword. In 2014, in Mansa district of Punjab a doctor’s clinic was burnt following death of a boy who was referred to a tertiary hospital but died.
Innumerable incidents of violence against doctors are reported nearly on a daily basis across India, some resulting in grievous injuries. Even institutions such as the All India Institute of Medical Sciences, New Delhi, the premier medical institute of the country is not spared.
In a few cases where the FIR was lodged based on the complaint, it was cancelled after a compromise was reached between the aggrieved parties and a cancellation report was filed with the local magistrate. Very few cases have reached courts after filling of a challan but no person accused of assault on a medicare establishment has yet been penalized under the IPC provisions.
Dr Ashokan intends to vigorously take up issues such as violence against doctors and safeguarding doctors’ interests under NMC Bill, 2017.