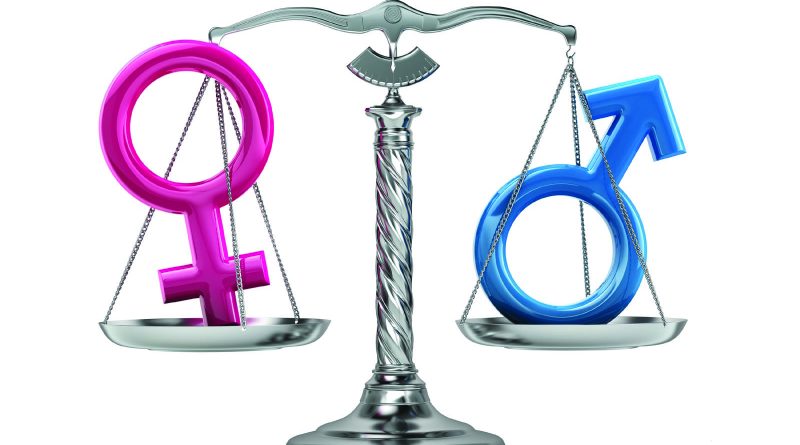 Generally, women are older in age by the time they need investigative procedures for heart disease and probably have higher incidence of risk factors like diabetes, hypertension and obesity. Earlier referral of women would be definitely advantageous both for operative morality risk and symptom relief.
By Dr K K Aggarwal

It has been observed for some time now that the management of Coronary Artery Disease differs in men and women. The differences exist right from the stage of interpretation of symptoms, non-invasive investigative procedures, cardiac catheterization and finally balloon therapy and bypass surgery, if required.
It is a statistical fact that although the incidence of coronary disease is very high these days, only a comparatively small number of women go for cardiac catheterization. The number is less than one fourth that of men. The number of women who undergo interventional treatment like balloon therapy and bypass surgery is much smaller than that.
It was reported some time ago that women under 60 years of age with symptoms of angina have better prognosis than men under 60 years with history of angina where as women with angina between 60-69 years have bad prognosis. The mortality rate in this group for women was comparable to that of men with angina regardless of age.
This information is useful while treating women with coronary disease. The prognosis in women is more age dependent than men. Obstructive coronary disease is usually found on angiography in about half the women under the age of 50 years with typical angina compared with over 90 percent of older women. In contrast, obstructive coronary disease is found in virtually all men with history of typical angina regardless of age.
After careful history and physical examination, ECG stress testing is considered necessary because many symptomatic men and women are found to have coronary artery disease. These tests are of relatively low cost and available at most of the centres. ECG stress testing, however, seems to be less sensitive in women for coronary artery disease per se as compared to men and this is apparently due to the fact that the women with coronary artery disease have been reported to have fewer vessels involved than men.
ECG stress testing is quite sensitive for the disease in women with multi vessel disease. Stress echocardiography is much more sensitive. The sensitivity and specificity of stress echo and radionuclide myocardial perfusion imaging in coronary artery disease is similar for men and women. Yet the number of men referred for cardiac catheterization is much more as compared with women: the incidence of disease does not explain why lesser number goes for coronary angiography. Lesser number of women also subsequently goes for balloon angioplasty and bypass surgery.
Doubtamine (a drug) stress echocardiography (DSE) has been found to be very useful for detecting and locating coronary artery disease accurately in both men and women. The sensitivity and specificity of DSE in detecting CAD in patients with normal resting heart is around 89 percent and 85 percent. Sensitivity is 81 percent in patients with single vessel disease and 100 percent for detection of multi vessel coronary artery disease.
It has been seen previously that a large number of women with atypical chest pain shown nonspecific ECG changes and significant changes on stress testing but coronary angiography does not reveal significant coronary artery disease. It was surmised that these women mostly under 50 years of age probably had small vessel disease. It is now possible to assess more accurately the extent and location of coronary disease by DSE. In these women, DSE is a versatile and accurate cardiac stress testing modality with a wide range of clinical applications. It is useful for detecting CAD and for stratifying preparative risk and risk for heart attack and is an effective alternative to exercise testing in patients who are unable or unwilling to adequately perform an exercise test.
DSE is safe, well tolerated and relatively easy to administer by the clinician. Dobutamine stimulation can produce ischemia (lack of blood supply) in presence of small vessel coronary disease and can be usefully employed to test the functional significance of a coronary lesion or small vessel disease in women below 50 years of age and so also the severity of coronary disease. The technique allows the investigator to control the level of stress while continuously monitoring the echocardiographic images, thereby permitting interruption of the test at the earliest detection of significant ischaemia. This further contributes to the safety profile and patient acceptance of the procedure. Low doze dobutamine stimulation can augment contractility in areas of stunned myocardium following clot dissolving therapy and has been used to identify patients who have the potential for functional recovery in the infract zone.
It is interesting; to note that the results of all the non invasive tests are not used to the same extent in men and women. In one large study in the United States the non invasive tests were positive in 40.2 percent of men and only 4.2 percent of women were referred for coronary angiography. Differences in disease prevalence did not explain the disproportionate number of men referred for cardiac catheterization as the figures pertain only to those men and women who had been found positive for reversible ischaemia on noninvasive stress testing. The situation is similar in India, if not worse, women seem to be more sacrificing and tend to avoid coronary angiography and subsequent interventional procedures and when it comes to their men folk, they want them to undergo all necessary procedures and get well as early as possible.
It is possible that women are older in age by the time they need these procedures and probably have higher incidence of risk factors like diabetes, hypertension and obesity and are more often kept on antianginal medication rather than being subjected to balloon angioplasty or bypass surgery.

The question now arises as to whether coronary angioplasty and bypass surgery is equally effective in both the sexes. May be they are not as effective options in women as in men. Coronary bypass surgery has been found to be associated with greater operative morality and less symptomatic relief in women than in men. In the coronary artery Surgery Study, operative morality was 1.9 percent for men and 4.5 percent for women. The observations are very significant. The differences in operative mortality have been explained to a great extent by older age group, advanced clinical disease present in women as compared to men by the time they come to specialized centres. Women have coronary arteries with smaller diameters and this may be related to greater operative mortality and less symptomatic relief in them.
Although the smaller sized coronary arteries have been considered a cause for greater mortality and lesser symptom relief for many years, it is now felt that the greater cause of these differences as assessed by some surgical series, in the outcome, are more likely to be due to a large extent to the fact that women are nearly always referred usually quite late for surgery as compared to men.
It has also been found from various data that women usually have a prolonged duration of angina prior to heart attack or death and there is an unwillingness both amongst the women patients and their physicians to refer them for cardiac catheterization and interventional therapy as they are often stable on medical treatment when their exercise tests are positive for reversible ischemia. This may be alright if all the risk factors are being looked into and taken care of but what happens in practice is that there is a delay in referral of women even after disabling symptoms are present for years, for interventional treatment as compared to men. It appears reasonable to conclude that earlier referral of women would be definitely advantageous both for operative morality risk and symptom relief.
The first report from the National Heart Lung and Blood Institute Registry analysis of 12,486 patients in 1991, indicated a lower angiographic success rate in women (60% v 66%) and a higher incidence of coronary dissection (rupture of the vessel wall) (5.8% v 4%) after balloon therapy. As with early experience with CABG, small vessel size has been related to the morality during PTCA in women. Recently more sophisticated technology early success rate are being reported to be as good as in men but the in hospital morality rates are still higher for women as compared to men and that is apparently related to the fact that women are generally sicker than men at the time of intervention. Once angioplasty is successful women are experiencing more favorable long term symptomatic relief along with better angiographic outcome.
It must be realized that the incidence of coronary artery disease is rising amongst women as never before. This calls for early detection of the disease by stress testing especially when risk factors are present. Early institution of medical therapy and change of life style is mandatory. Symptomatic women with high risk factors and positive noninvasive test results or disabling cardiac symptoms despite aggressive medical therapy should be referred for cardiac catheterization without further delay for maximal benefit from interventional therapy. The later the woman patients are sent for these procedures greater the risk involved. 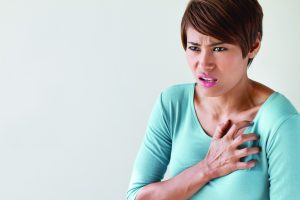