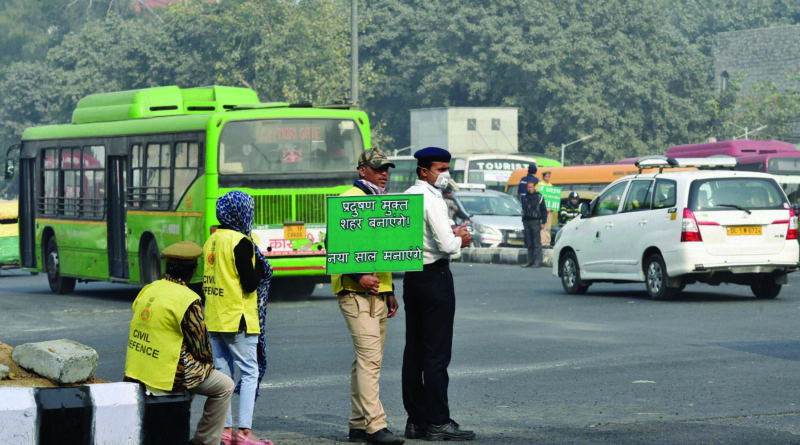 Household as well as ambient air pollution is the leading cause of mortality and disability adjusted life years (DALYs) in India. There is a need for reducing sources of emissions, improving access to clean fuel and raising public awareness about health effects of air pollution
Dr Suneela Garg/ Dr Neha Dahiya/Dr Arvind Garg 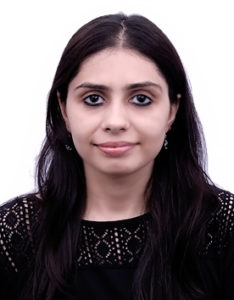 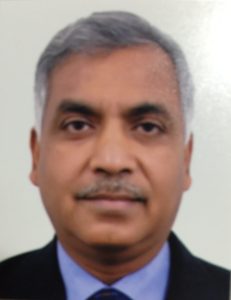 Environment is the most important social determinant of health, causing morbidity and mortality in a given population. The WHO’s comprehensive global assessment of the burden of disease from environmental risks reveals that globally, an estimated 24% of the burden of disease and 23% of all deaths can be attributed to environmental factors. Further, globally, deaths on account of noncommunicable diseases (NCDs), attributable to air pollution, amount to 8.2 million of the total 12.6 million deaths. NCDs, such as cardiovascular diseases including stroke, cancer and chronic respiratory disease, now claim nearly two-thirds of the total deaths caused by unhealthy environments.
The Global Burden of Disease (2010) data showed that household air pollution was ranked at the 3rd position and ambient air pollution at the 9th position among the leading risk factors that contribute to morbidity and disability adjusted life years (DALYs). Household and ambient air pollution is the leading risk factors contributing to burden of disease in India. Household air pollution contributed to nearly 3.5 million deaths and a loss of 3.5% DALYs globally (2010). Ambient air pollution contributed to another 3.1 million deaths and 3.1% DALYs. The ambient ozone pollution had a lower effect than the above and led to 0.2 million deaths and 0.2% DALYs in 2010.
Cognizant of the fact that air pollution needs to be addressed in right earnest, a Steering Committee was constituted, by the Ministry of Health & Family Welfare (MoHFW), government of India in 2014, with members drawn from both health and non-health sectors. The report of this Committee, released in December 2015, has been able to shift the historical ‘urban air pollution centric focus’ to the ‘burning of biomass fuel across rural and periurban pockets in India’. 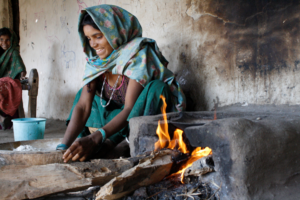 According to the Institute of Health Metrics and Evaluation (IHME), Air Pollution was found to be the leading cause of mortality and disability in India. In Indian settings there is need for reducing sources of emissions, improving access to clean fuel and raising public awareness on health effects of air pollution.
Major risk factors are household and ambient air pollution contributing to burden of disease in India. Household Air Pollution (HAP) is caused by solid fuels like wood, charcoal, coal, dung, crop wastes used by over 3 billion people for cooking at home. These inefficient cooking methods lead to indoor air pollution especially in houses that are poorly ventilated. Indoor air Pollution leads to not only health effects but also has adverse social and environmental effects.
Household energy and Poverty: Poor households are unable to afford LPG and other cleaner fuels and reliance on inefficient fuels reduces the time they could spare for income generating activities and education. As a result, a vicious cycle of poverty leads to use of inefficient fuels.

Gender issues: The above factors in turn contribute to poverty. In most of the cases, women carry out the household chores and hence are the major sufferers of indoor air pollution.
Environmental impact and climate change: The reliance on wood for fuel leads to deforestation and consequent loss of habitat and diversity. The simple biomass and other fuels are inefficient and incomplete combustion takes place. The pollutants like black carbon and methane that are produced as a result of incomplete combustion leads to climate change.
Major health effects of Indoor Air Pollution: Acute lower respiratory infections, chronic obstructive pulmonary disease, lung cancer, cardiovascular disease, and burns.
Other health outcomes
There is emerging evidence which suggests that household air pollution in developing countries may also increase the risk conditions such as: low birth weight and perinatal mortality (still births and deaths in the first week of life), asthma, otitis media (middle ear infection) and other acute upper respiratory infections, tuberculosis, nasopharyngeal cancer, laryngeal cancer and cervical cancer. Considerable evidence suggests that exposure to air pollution leads to adverse respiratory outcomes. Perinatal exposure to air pollution can impair organogenesis and can lead to long term complications. Exposure to air pollution during pregnancy has also been linked to decreased lung function in infancy and childhood, increased respiratory symptoms, and the development of childhood asthma.
The WHO’s Ambient Air Pollution database for 2016 shows that the levels of PM10 and PM2.5 in Delhi are way above the normal levels. The annual PM 10 level was found to be 229 μg/m3 and that of PM 2.5 was found to be 112 μg/m3.
In a study conducted at Department of Community Medicine, Maulana Azad Medical College, New Delhi, by Garg Suneela et al in 2016 a total of 3019 individuals were screened through spirometry and nearly 34.35% were found to have lung impairment. Almost 32.5% of the individuals screened were from the age group of 41-50 years. More than half of the subjects (57.6%) were living in Delhi for more than 20 years.