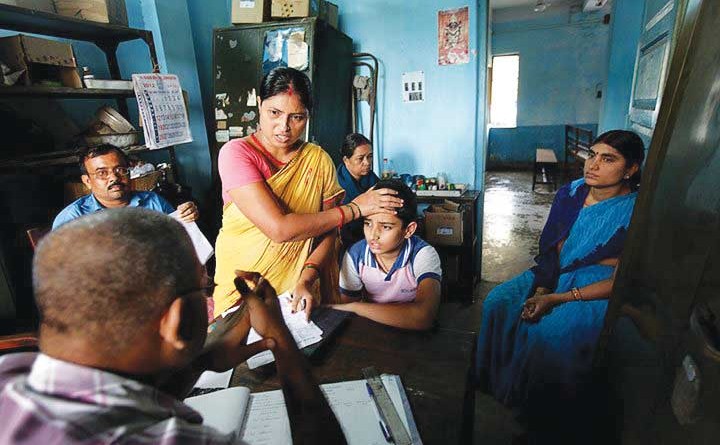 Chikungunya, a crippling mosquito-borne disease, is spreading fast in Delhi and several other parts of India with patients swamping the hospitals. The prevention of chikungunya involves individual and collective efforts to improve vector control
By Amresh K Tiwary

Chikungunya is a viral illness and its symptoms are similar to those of dengue, which include high-grade fever, severe joint pain, muscle pain and headache and joint swelling. It also causes rashes in patients but is not a threat like dengue in which there is a risk of bleeding due to abrupt fall in platelets count.
Symptoms of chikungunya include the sudden onset of fever after exposure. The fever usually lasts two to seven days, while accompanying joint pains typically last weeks or months. The risk of death is a little less than 1 in 1,000, though, the elderly or those with underlying chronic medical problems are most likely to have severe complications.
The disease is caused by the same aedes aegypti mosquito which causes dengue but the difference is that dengue virus has four strains while Chikungunya has only one. The Chikungunya virus is passed to humans by two species of mosquito of the genus aedes. The virus circulates within a number of animals including monkeys, birds, cattle, and rodents. Since 2004, the disease has occurred in outbreaks in Asia, Europe and the Americas.

Efforts made by WHO
The World Health Organization (WHO) is taking measures to assist in fighting the epidemic. In April 2005, outbreak of chikungunya fever occurred on the island of Réunion in the Indian Ocean. During winter 2005, six patients developed meningoencephalitis and acute hepatitis due to chikungunya virus.
A hospital-based surveillance system was established to collect data on typical chikungunya cases. Case reports, medical records and laboratory results were reviewed and analysed. Clinical features that had never been associated with chikungunya fever were recorded, such as bullous dermatosis, pneumonia, and diabetes mellitus. Hypertension, underlying respiratory or cardiological conditions were independent risk factors for disease’s severity. The overall mortality rate was 10·6% and it increased with age. This is the first time that severe cases and deaths due to chikungunya fever have been documented.
Since the beginning of 2006, the disease has shown an explosive emergence in nations in the Indian Ocean area. By March 7, 2006, 157,000 people had been infected in the French island La Réunion, and the disease had spread to the islands of Seychelles, Mauritius, and Mayotte (French). Subsequently, the disease appeared in India, China, and European countries.

Panic in India
According to National Vector Borne Disease Control Programme (NVBDCP), in 2006 over 13 lakh suspected Chikungunya fever cases were reported across the country. This year till July 28, 9,990 suspected cases of the disease have been recorded, with Karnataka reporting 7,591 cases.
Chikungunya cases have spiked in Delhi and several other parts of North India. The city hospitals are getting more and more patients with its symptoms. According to a municipal report, “Chikungunya cases in capital city Delhi have shot up to 600 even as hospitals in the city continue to be swamped by patients affected by this vector-borne disease.” The disease is refusing to let go of its grip on Delhi with patients swamping the hospitals including AIIMS which itself has tested nearly 890 blood test samples positive for the vector-borne disease in the last two months.
Maintaining that Chikungunya cases are spreading fast in Delhi, IMA President-Elect Dr K K Aggarwal, said, “Chikungunya virus (CHIKV) can cause CHIKV-associated encephalitis. Children younger than 1 year and adults aged 65 years or older have the highest incidence of CHIKV-associated encephalitis.”
The worst, it seems, is still waiting in the wings, as the chikungunya cases are likely to rise further in the national capital as the season peaks in September.
Causes and symptoms
Chikungunya fever is a viral infection transmitted to humans by the bite of infected mosquitoes. It is transmitted by mosquito bite and usually has an incubation period of between four and eight days, though onset of illness can occur from two to 12 days.
Most people infected have symptoms which consist of a high fever, very painful joints – the unique characteristic of Chikungunya – and sometimes muscle pain and a rash. There may also be less specific symptoms, such as headaches, malaise and fatigue. Patients can be quite sick and even disabled for a period of about a week or so, and some can continue to have fatigue and joint pains for up to a month.
In addition, a proportion of patients go on to develop either recurring or chronic joint symptoms after the acute phase, and it can be disabling in some people for years. Most people who develop chronic arthralgia or arthritis usually have some underlying joint disorder, so they may be at higher risk.
Typical Chikungunya virus (CHIKV) infection results in an acute febrile illness characterized by severe joint pain and rash. Although Chikungunya is generally not considered life threatening, atypical clinical manifestations resulting in significant morbidity have been documented, categorized as neurological, cardiovascular, skin, ocular, renal and other manifestations.
While Chikungunya can cause painful symptoms, it is not commonly associated with a high fatality rate. It can, however, cause death in a subset of patients who are primarily older and who have other medical issues.
In rare cases, it can cause cardiovascular complications, such as pericarditis or myocarditis. It’s an alpha virus, so it’s closely related to other viruses that can cause neurologic complications, and it has been associated with meningoencephalitis, seizures, peripheral nerve problems, and Guillain-Barré syndrome, a devastating neurologic problem. It can also cause renal failure, pneumonia, and hepatitis.
Most of the evidence suggests that pregnant women are not seriously affected by the disease, but if they develop infection within a week of delivery, it can be very serious for the baby. If the mother has acute Chikungunya infection and delivers a few days later, the infant can be infected. This can lead to very significant complications such as respiratory problems or profound neurologic problems, and potentially to long-term neurologic disabilities.

The Diagnosis
Within the first week of infection, the best way to diagnose the infection is to detect the chikungunya virus by a real time polymerase chain reaction (PCR) test, which detects RNA in the blood stream. Virus antibodies normally develop after the first week of illness, so after a week an antibody test should be ordered to detect Chikungunya’s antibodies.
Understanding the kinetics of the viremia and antibody development is very important to enable the appropriate ordering and interpretation of tests: a negative PCR test performed after a week does not rule out chikungunya, nor does an antibody test performed within the first week. To definitively diagnose chikungunya, the experts recommends that convalescent-phase samples should be obtained from patients whose acute-phase samples test negative.
The challenge for diagnosis is that there are other syndromes, including dengue fever, with similar symptoms. It is particularly important to make a timely diagnosis of chikungunya versus dengue fever, since dengue is a more severe infection with a higher mortality rate. It’s important to try to make that diagnosis early, because outcomes for dengue patients are better if the diagnosis is made earlier and they are supported with fluids and ICU care.
While deciding that for which virus the patients should be tested, depends on the patient’s exposure history. If a patient has been to the Caribbean, the doctors consider testing for both chikungunya and dengue fever.

The Treatment There is no treatment for chikungunya and so patient care consists of supportive care and symptomatic management, including the provision of fluids and acetaminophen. If dengue fever has not been ruled out, aspirin, ibuprofen or any medication that can cause bleeding should be avoided, as dengue is associated with hemorrhagic complications.
Chikungunya is not transmitted human to human but to limit the threat of transmission, it is important that those recently infected should avoid exposure to mosquitoes.
For those visiting or living in areas where there are outbreaks, the key is protection. The WHO recommends wearing clothing, which minimizes skin exposure to day-biting mosquitoes and applying repellents to exposed skin or to clothing.
For those who sleep during the daytime, particularly young children, or sick or older people, insecticide treated mosquito nets provide the required protection. Mosquito coils or other insecticide vaporizers may also reduce indoor biting.
Medical treatment for Chikungunya is purely symptomatic and is based on painkillers and anti-inflammatory drugs. But these treatments are unable to prevent chronic progression of the disease. Corticosteroid treatment may be necessary for patients who develop subacute or chronic symptoms. The prevention of Chikungunya involves individual and collective efforts to improve vector control. Individuals can limit their exposure to the mosquito vector by wearing long clothes, applying insect repellant and treating clothes with insecticides, and using mosquito nets. Larger-scale vector control involves pre-emptive spraying with insecticides and removing potential breeding grounds, particularly around living areas (flower pots and other containers, used tires, bulky waste, etc.). 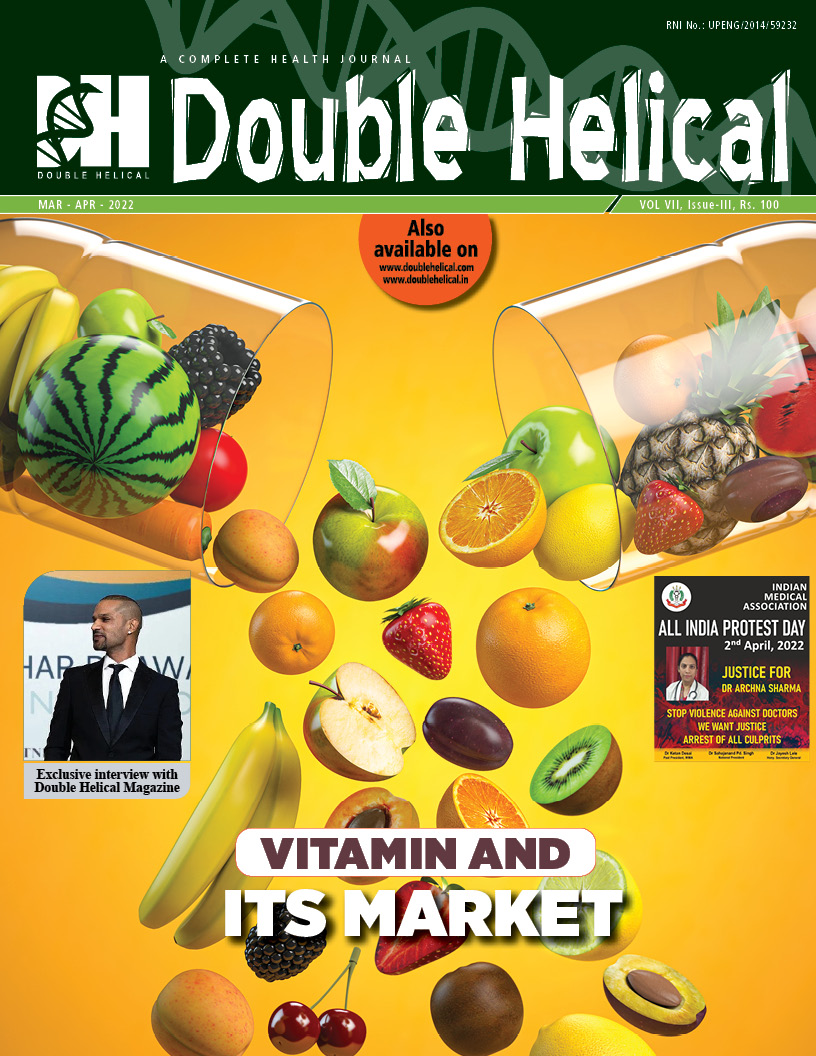