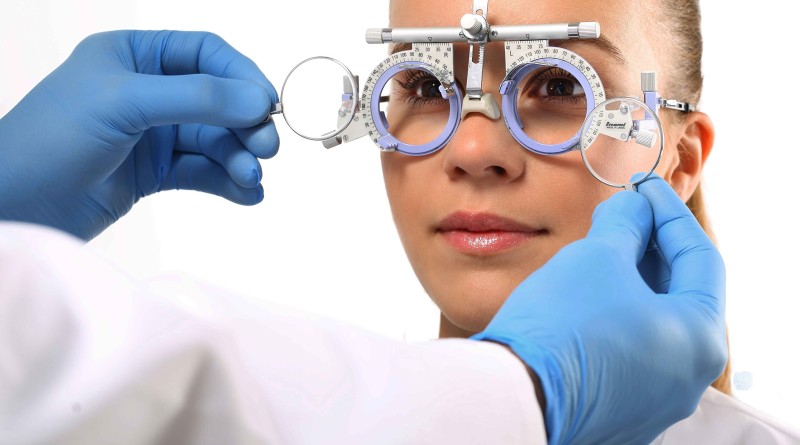 Central serous retinopathy results from the build-up of fluid under the retina, leading to blurred or distorted vision. In severe cases, laser eye treatments may be recommended
By Dr Kunal Rana

Central serous retinopathy (CSR) is an eye disease which causes visual impairment, often temporary, usually in one eye. When the disorder is active, it is characterized by leakage of fluid under the retina that has a propensity to accumulate under the central macula. This results in blurred or distorted vision.
CSR is sometimes called idiopathic CSR which means that its cause is unknown. Nevertheless, stress appears to play an important role. An oft-cited but potentially inaccurate conclusion is that persons in stressful occupations.
CSR, also known as central serous choroidopathy (CSC), is usually a temporary inner eye condition. CSR results from the build-up of fluid under the retina. The retina is similar to the film in a camera and is the inner layer of the eye. CSR may improve without treatment; however, in severe cases, laser eye treatments may be recommended.
The CSR occurs when fluid leaks from the choroid layer beneath the retina and builds up. The fluid leakage in the macula produces symptoms, including blurred vision. The condition is usually temporary and most frequently occurs in just one eye.
The exact cause of CSR is still unknown. The condition is more common in men between the ages of 40-50, but may occur in anyone. CSR has been associated with high levels of cortisol and corticosteriod levels. Cortisol is a hormone that the body produces to help deal with stress. Corticosteroids are medications that are commonly used to treat inflammation. There is no known prevention of central serous retinopathy, but routine eye exams are important as is reporting any vision changes to your doctor
Most cases of CSR resolve without treatment in a few months. However, the condition can return. People with cases that last longer than a few months, severe leakage, or severe vision loss may benefit from laser treatment. The laser treatment can seal and stop the leakage. Intake of steroid may also lead to cause of CSR. So if you take steroid medication and develop CSR, you should discuss the possibility of discontinuing the medication with your doctor. You should not discontinue taking steroid medication on your own. CSR, in rare instances, can leave a permanent visual defect. In older patients, it can lead to bleeding under the retina.
In those patients that are treated, laser is the main form of treatment. However, newer drug treatments are presently being studied and may lead to better therapies.
A blurred or gray spot in the central visual field is common when the retina is detached. Reduced visual acuity may persist after the fluid has disappeared.
The retina is a thin tissue layer that contains millions of nerve cells. The nerve cells are sensitive to light. The choroid is the lining underneath the retina. The choroid contains blood vessels that supply the retina with blood and oxygen to keep it healthy.
The defect in the eye in CSR is a serious detachment of the macula (central part of the retina) due to localized disruption in the blood-retina barrier. There will be hyper-permeability of the blood vessels with leakage of blood and serous fluid into the macula. In the acute phase of the disease (within 3 months) CSR usually resolves spontaneously. However, some patients may progress into chronic CSR or may have resolution but later experience recurrence of the condition.
The diagnosis usually starts with a dilated examination of the retina, followed with confirmation by optical coherence tomography and fluorescein angiography. The angiography test will usually show one or more fluorescent spots with fluid leakage. In 10%-15% of the cases these will appear in a “classic” smoke stack shape. Indocyanine green angiography can be used to assess the health of the retina in the affected area which can be useful in making a treatment decision. An Amsler grid can be useful in documenting the precise area of the visual field involved.
The affected eye will sometimes exhibit a refractive spectacle prescription that is more far-sighted than the fellow eye due to the decreased focal length caused by the raising of the retina
CSR is a fluid detachment of macula layers from their supporting tissue. This allows choroidal fluid to leak beneath the retina. The build-up of fluid seems to occur because of small breaks in the retinal pigment epithelium.
Differential diagnosis should be immediately performed to rule out retinal detachment, which is a medical emergency. Additionally, a clinical record should be taken to keep a timeline of the detachment.
Most eyes with CSR undergo spontaneous resorption of subretinal fluid within 3–4 months, recovery of visual acuity usually follows. Any ongoing corticosteroid treatment should be tapered and stopped, where possible. It is important to check current medication, including nasal sprays and creams, for ingredients of corticosteroids, if found seek advice from a medical practitioner for an alternative.
Patients sometimes have an obvious history of psychosocial stress, in which case counseling and expectancy is relevant. Treatment should be considered if resorption does not occur within 3–4 months, spontaneously or as the result of counseling. Laser photocoagulation, which effectively burns the leak area shut, may be considered in cases where there is little improvement and the leakage is confined to a single or a few sources of leakage at a safe distance from the fovea.
However, for many cases the leak is very near the central macula, where photocoagulation would leave a blind spot or the leakage is widespread and its source is difficult to identify. Foveal attenuation has been associated with more than 4 months’ duration of symptoms; however a better long-term outcome has not been demonstrated with laser photocoagulation than without photocoagulation.
Laser photocoagulation can permanently damage vision where applied. Carefully tuned lasers can limit this damage. Even so, laser photocoagulation is not a preferred treatment for leaks in the central vision and is considered an outdated treatment by some doctors.