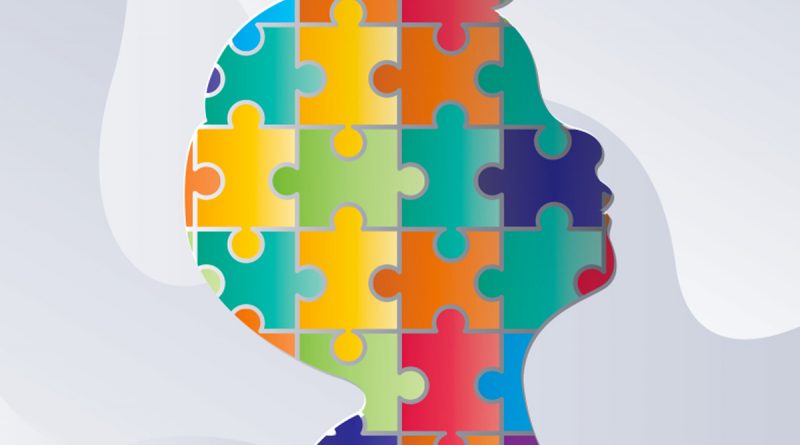 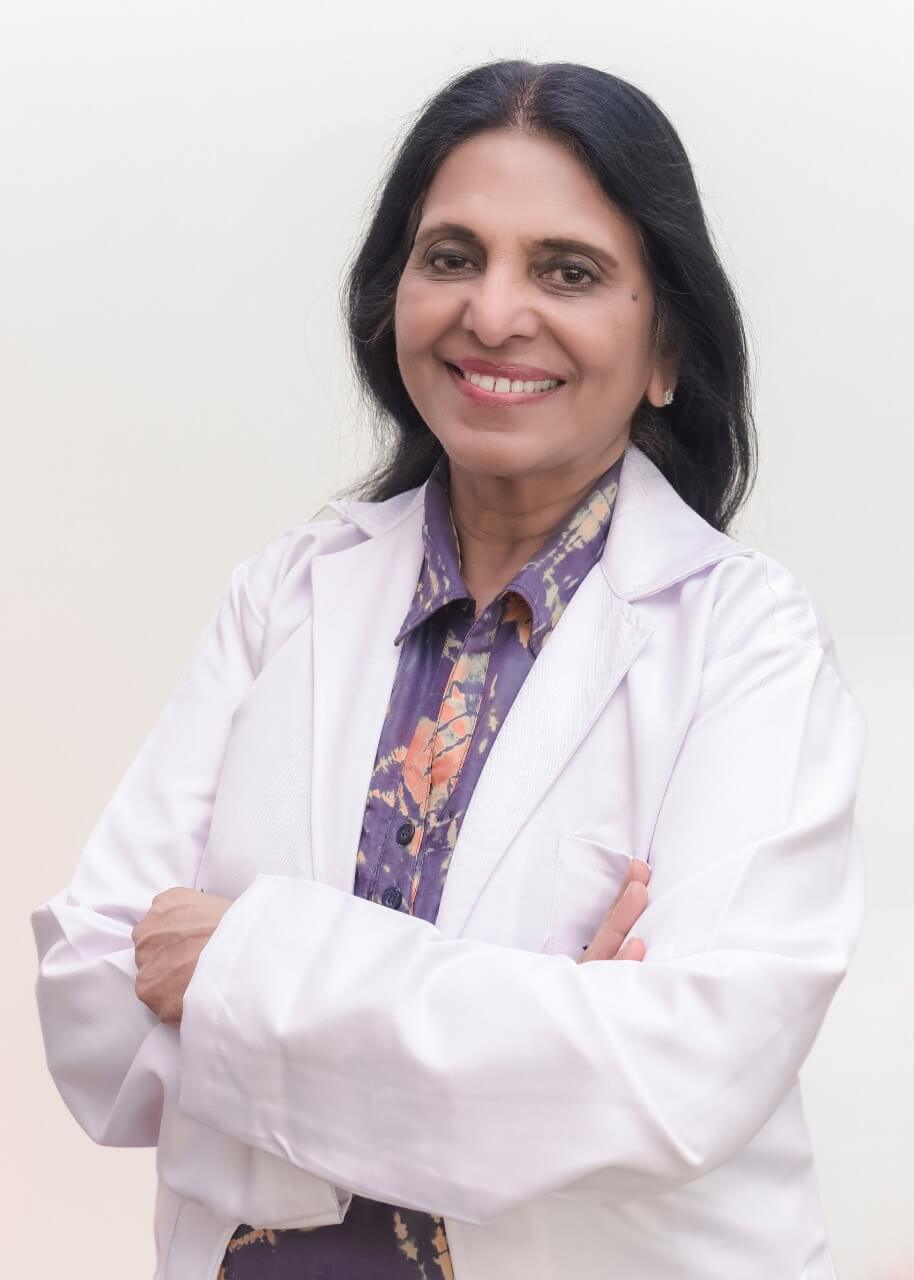 Autism spectrum disorder (ASD) refers to a group of complex neurodevelopment disorders characterized by repetitive and characteristic patterns of behavior and difficulties with social communication and interaction. The symptoms are present from early childhood and affect daily functioning. Autism Spectrum Disorder (ASD) associates with symptoms that include persistent deficits in social communication and social interaction across multiple contexts and restricted, repetitive patterns of behavior, interests, or activities. Deficits in social-emotional reciprocity is ranging, for example, from abnormal social approach and failure of normal back-and-forth conversation; to reduced sharing of interests, emotions, or affect; to failure to initiate or respond to social interactions.

Deficits in developing, maintaining, and understand relationships, ranging, for example, from difficulties adjusting behavior to suit various social contexts; to difficulties in sharing imaginative play or in making friends; to absence of interest in peers.

Restricted, repetitive patterns of behavior, interests, or activities, as manifested by at least two of the following, currently or by history (examples are illustrative, not exhaustive), stereotyped or repetitive motor movements, use of objects, or speech (e.g., simple motor stereotypes, lining up toys or flipping objects, echolalia, idiosyncratic phrases), insistence on sameness, inflexible adherence to routines, or ritualized patterns of verbal or nonverbal behavior (e.g., extreme distress at small changes, difficulties with transitions, rigid thinking patterns, greeting rituals, need to take same route or eat same food every day). 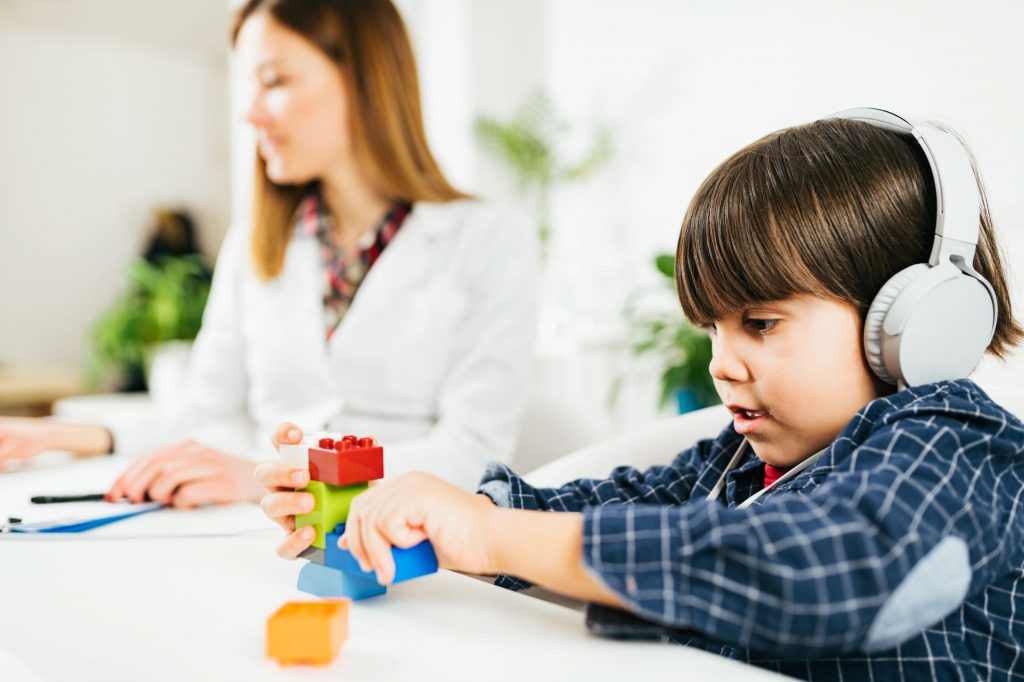 WHAT IS AUTISM?
Autism or Autism Spectrum Disorder (ASD) is a disorder of brain development, characterized by difficulties in social interaction, social communication and repetitive behaviors.

Is there a medical test to diagnose Autism? Do children with Autism look different?
The answer to these is NO; hence diagnosing autism spectrum disorder (ASD) can be difficult. Doctors look at the child’s developmental history and behavior to make a diagnosis. With increasing awareness, the average age of diagnosis in India has come down to 2.5-3 years.
Pediatricians can detect the risk for developing ASD in toddlers as early as 16-18 months.
As a parent you are in the best position to spot the earliest signs of autism. The key is to educate yourself, observe your child, spot deviations from normal developmental milestones, and be aware of symptoms of autism and above all DO NOT ACCEPT A WAIT AND WATCH APPROACH.

Repetitive behaviours:
Engaging in restricted range of activities such as lining up of toys.
Behaviours such as hand flapping, rocking, jumping.
Insisting consistency in environment and daily routine.
Preoccupations or obsessions.
. 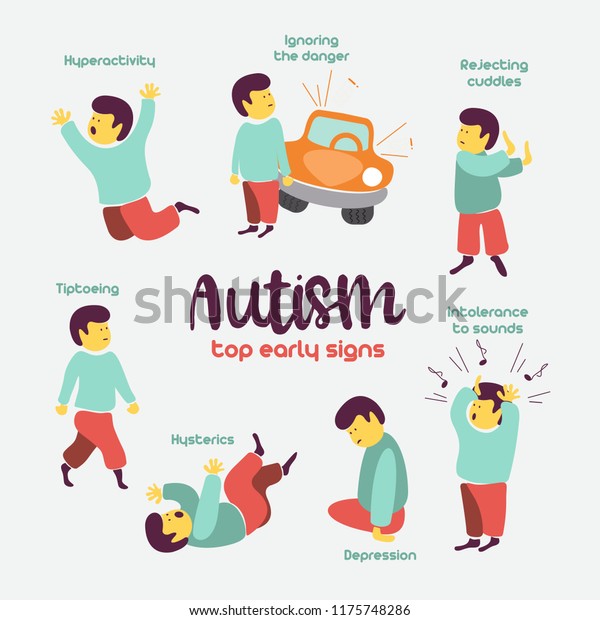 MYTHS AND FACTS ABOUT AUTISM SPECTRUM DISORDER (ASD)
Myth – My child has language problems because I’m a working mother.
We have heard mothers, particularly working mothers, blame themselves countless times for speech problems in children. While it is true that parental interaction definitely enhances the breadth and richness of a child’s language, it’s not about the quantity of time you spend with your child; it depends on the quality of time you spend.

Myth – My child will eventually outgrow his developmental delays
Track and Act is a developmental tool for children between the ages of 4 months and 5 years. You can screen your child’s development in the various developmental domains. Depending on the score, the report generated provides exact information on what areas the skill development needs to be done.

This is a very commonly heard phrase. While it is true, that every child develops differently and a child might fall behind slightly as compared to others of his age, it is important to keep track and act early. All developmental problems do not disappear with age –Parents must monitor milestones.

Myth- Autism is caused by bad parenting skills
While some parents are less interactive with their children, that is not the reason for developing the condition

Myths- Vaccines can cause Autism
Many parents think that vaccination, especially MMR vaccination is the cause for Autism, this is not true

Myth – Boys often speak late than girls
It is true that boys produce their first words and sentences later than girls. However, these differences are only small just 1-2 months behind their girl peers but not more than that. These differences even out within a few months.
.
Myth: Speaking in multiple languages at home is the reason for delayed language skills
This is not true; in fact research shows that where two languages are spoken at home, children develop better language skills.

Myth: Child is not interacting with others due to present COVID pandemic
The social interaction of children less than 2 –2 ½ years is mainly with parents and caregivers at home, child enjoys social games like peak-a-boo, imitates parents, action rhymes.

Myth – Autistic individuals cannot build or maintain relationships
Fact – Individuals on the spectrum can form fulfilling and lasting relationships. While they commonly display differences in social interaction and communication, they do not characteristically prefer social isolation

Myth – Autism can be cured with medication
Fact – Whereas many people believe that Autism can be cured with a certain set of medicines, there is no such medicine available, or even required to ‘treat’ Autism. While Autism cannot be ‘cured’, focusing on abilities empowers, Autistic individuals to lead happy, productive, and independent lives with the right support and intervention.

Myth – Individuals with Autism are intellectually inferior
Fact – People with Autism may have the same range of intellect as the general population and can excel at one or more things just like everybody else. Different people can have different gifts. They may also have a lower intellectual ability, which needs to be evaluated.

Myth – Everyone with Autism is non-speaking
Fact – The reason why we call it the ‘Autism Spectrum’ is because it is just that – a range of different people, personalities, behavior patterns, interests, and abilities. Thus, to say that each Autistic individual is non-speaking would be entirely misguided. Some individuals on the spectrum merely have impaired social communication skills. Others may have difficulties in comprehension. Another percentage of individuals may not speak at all, yet interact through an assistive communication device, a letter board, or sign language. An Autism diagnosis is broad, which makes personalized interventions focused on individual needs critical.

Myth: Family members spoke late, and they are very good in academics and professional skills
Fact While it is very difficult to remember this exactly, family members would have had excellent social skills and other areas of development would have been normal 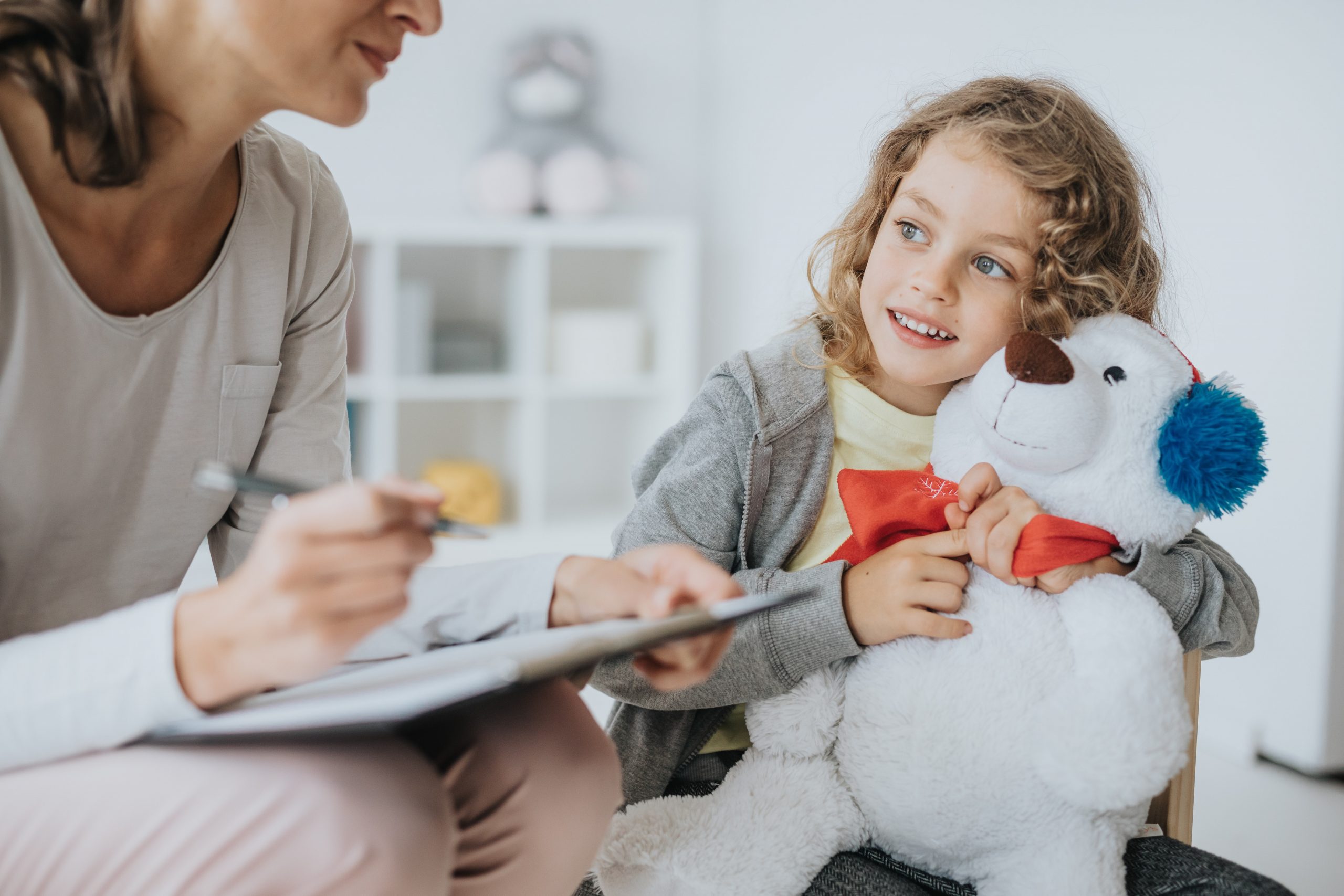 Diagnostic Odyssey
While the parents suspect that something is abnormal with the child by 1 year of age, however they do not discuss this with their pediatricians. Further, adding to the problem, the social communication milestones are easily overlooked by the primary physicians. Therefore, it is seen that the average age of diagnosis is usually around 3 – 4 years. This delay should be avoided, as intervention at the earliest before 2 years of age gives best outcomes as we are working with the neuroplastic brain. Parents also take time to accept the diagnosis, even if referred by primary physicians on time. This further adds to the delay in seeking early attention. Building awareness about benefits of early diagnosis and intervention, both the parents and primary physicians should monitor social, cognitive and communication milestones and consult a developmental pediatrician at the earliest.

(The author is Director, Centre for Child Development and Disabilities, Bangluru) 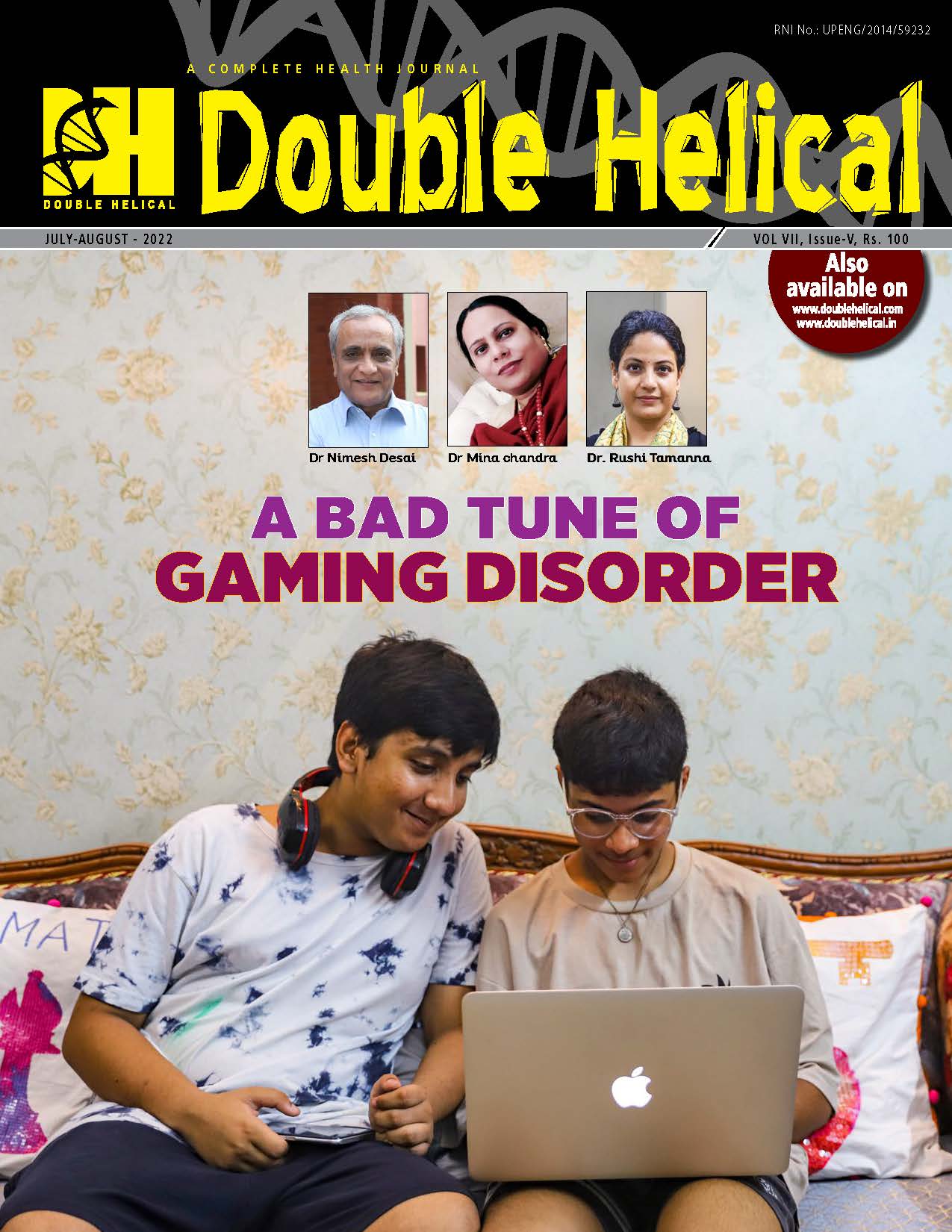 How unsafe your ear while Using Headphone

Hearing loss has potentially devastating consequences for physical and mental health, education and employment……… BY: Abhigyan/Abhinav According to WHO (World

A BAD TUNE OF GAMING DISORDER