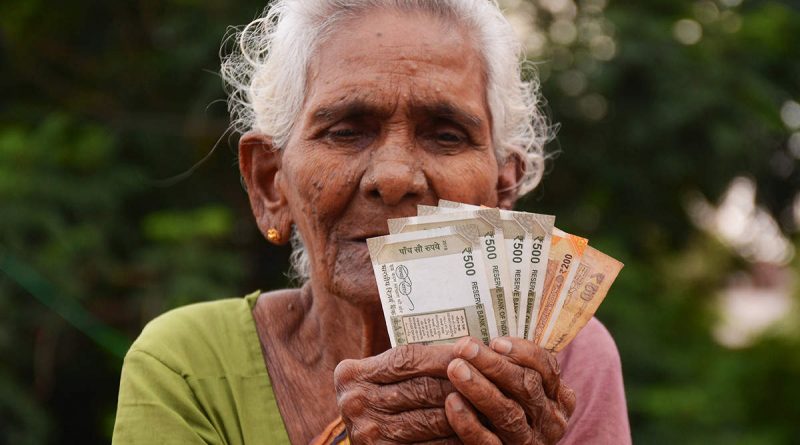 Elderly or old age consists of ages nearing or surpassing the average life span of human beings. The boundary of old age cannot be defined exactly, because it does not have the same meaning in all societies. Government of India adopted ‘National Policy on Older Persons’ in January, 1999…

Transition & Projections
The number of older persons have increased from 2.01 (5.5%) crores in 1950 to 10.38 (8.6%) cores in 2011 and it is projected to increase to 32.43 (20.6%) by 2050. With increasing numbers, there is changing balances in population, which are decline in sex ratio, increase in old-age dependency ratio, decline in potential support ratio, and decline in labour force participation. Decline in fertility and increasing longevity have produced unprecedented changes and so the trend will continue. Thus, the dynamics in the demographic structure are bound to happen. The difference is that in developed countries, it took 100 years to reach 14% from 7% proportion and most developed countries has already expanded and diversified their system of social security and health care. But in developing regions it will take only 25-30 years and there remained major shortcomings and unmet needs of the older population. Thus, the profound, pervasive and enduring consequences of population ageing present enormous opportunities as well as challenges for all societies. No time left to think, the work is to be done in war footing.

Issues and concerns
With increasing age the older people suffer more morbidity i.e. 75.68% have one or other disease, 53.63% have one chronic disease, 20.83 have two chronic diseases and 3.01 % have three chronic diseases. Above all 8% of older people are confined to bed. Thus, the older people have different needs, which are as (a) all healthy older adults need – promotive and preventive care, (b) all those having one disease need – preventive and curative care, (c) those having two diseases requires – curative and rehabilitation care and (d) those having three disease and confined to bed need – long-term care. Other issues of the older people are ageism, feminization, physiological, socio-economic issues, myths associated with older people and unprepared system.
Thus, it is observed that health in aged is not random, there is no typical older person. Biologically, ageing results from molecular and cellular damage over time. This leads to a gradual decrease in physical and mental capacity. But these changes are neither linear nor consistent, and they are only loosely associated with a person’s age in years. One 70 year-old may enjoy extremely good health and functioning, other 70 year-olds may be frail. Beyond biological changes, ageing is also associated with other life transitions such as retirement, relocation to more appropriate housing, and the death of friends and partners. In developing a public-health response to ageing, requires a concerted and sustained effort that may reinforce recovery, adaptation and psychosocial growth, So that no one is left behind. 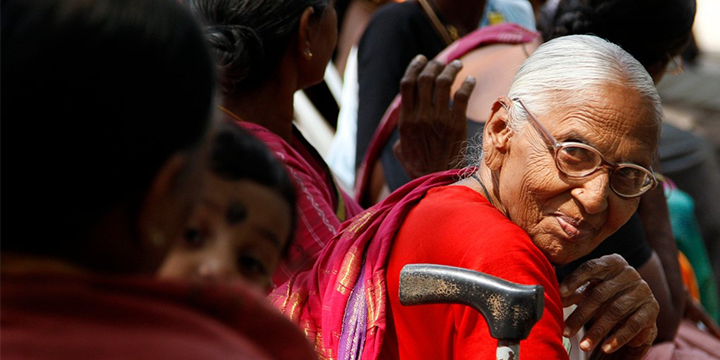 Milestones
WHO adopted Vienna International Plan of Action on Ageing (VIPAA) in 1982, wherein Governments urged to devote more attention to the ageing population. In 1990, October 1 was declared as the International Day of Older Persons. The day is celebrated by raising awareness about issues affecting the elderly. The Annual themes of the elderly days are as under. Subsequently, in 1991, principles for older persons were adopted that are divided into five different clusters of relevant issues of independence, participation, care, self-fulfillment and dignity. WHO in 1999, declared as the International Year of Older Persons. Celebrated in recognition of humanity’s demographic coming of age and promise it holds for maturing attitudes and capabilities in social, economic, cultural and spiritual undertakings, not least for global peace and development in the next century. Finally, in 2002 Madrid International Plan of Action on Ageing (MIPAA) that conceptualization of framework for national strategies for implementation by the member states.

Welfare Schemes for Older People in India
Based on recommendations of the national policy for older persons 1999 and provisions contained in MIPPA, Ministry of Health & FW launched national programme for health care of the elderly with the objectives of To provide accessible, affordable, and high-quality long-term, comprehensive and dedicated care services to an Ageing population. The programme has three components of (a) NHM Component supporting SCs, PHCs, CHCs and Distt. Hospitals. (b) Tertiary component consisting of nineteen Regional Geriatric Centres and two National Centres for Ageing.(c) the third component of the programme is central component that consists of monitoring and evaluation of programme, information education and communication and research in geriatric. Recentally government of India has launched Ayushman Bharat program that ahs two components of Comprehensive Health Care Services through H&WC and National Health protection scheme. Among the twelve services identified under this programme one is health care of the elderly. 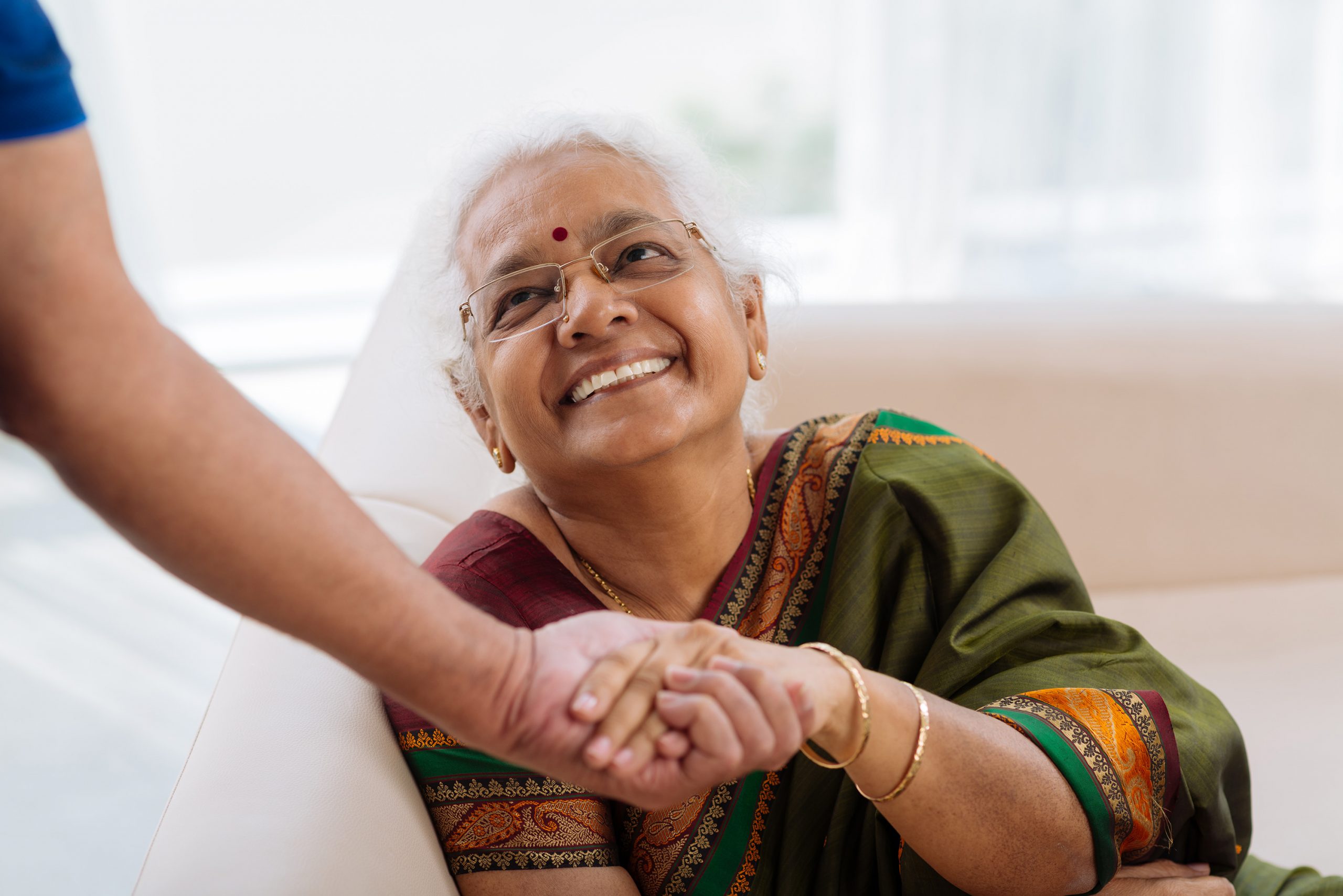 Healthy Ageing is a process of developing and maintaining the functional ability that enable wellbeing in older age. Three dimensions of Healthy Ageing are; Functional ability, Intrinsic capacity and Environment. As a result of the global policy response proposed Global and Regional Strategies for Healthy ageing as under;

The Decade of Healthy Ageing (2020-2030) is an opportunity to bring together; the governments, civil society, international agencies, professionals, academia, the media, and the private sector for ten years of concerted, catalytic and collaborative action to improve the lives of older people, their families, and the communities in which they live. The need for concerted & sustained action for Healthy Ageing was felt because of longer lives, but countries are unprepared, adding life to years, depends on healthy status and leaving no one behind and Health inequalities. It need, building a solid foundation, and aligning with agenda 2030. Thus, there is need for Decade of Healthy Ageing (2020-2030), to shift ageing from challenges to opportunity.

Vision & Goals of the decade of healthy ageing are; a world where everyone can live a long and healthy life; evidence based action to maximize functional ability that reaches every person and establish partnership necessary to support a Decade of Healthy Ageing 2020-2030.

Areas for Action identified are; change how we think, feel and act towards age and ageism; Ensure that communities foster the abilities of older people; Ensure person- centered integrated care for older people; Provide access to long term care within community and support; Partnering for Change; Hear and respond to diverse voices and enable potential; Nurture leadership, governance and capacities at all levels; Connect stakeholders at all levels and Foster research, knowledge exchange and innovation.

Conclusion
It is intended that the programme will support activities for the welfare of the older people and older people in turn will have healthy lives having maximum functional ability and intrinsic capacity and they will lead a dignified independent life. The focus during the decade of healthy ageing will be develop national policies for healthy ageing, improve engaging with older people, strengthening health and long term care system and improve multisectoral approach. The priority outcome will be health life expectancy, age friendly cities and communities, reduced number of care dependent of older people. The support during the decade will be to provide training, generate evidence for guidance, knowledge exchange, innovations and delivery of support.