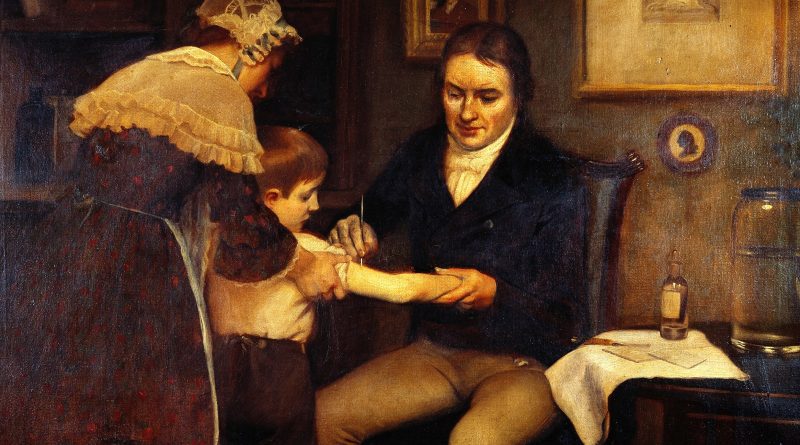 For the development of any vaccine, including avaccine for Covid-19, there are several stages involved with inputs from scientists at all levels. The basic step begins at the laboratory level in which the nature of infection needs to be studied in detail at the cellular and molecular level.…..
By Dr. Bhoomika M. Patel

In 1796, Sir Edward Jenner developed the first vaccine against Small pox in the world. In India, the first vaccine for small pox was given in Mumbai in 1802. Until 1850, vaccines used to be imported from Great Britain. In 1896, there was an outbreak of cholera in India and Dr.Haffkinecame to India and conducted clinical trials of the vaccine in India. In 1897, the plague vaccine was developed as the first vaccine in India by Dr. Haffkine at the Haffkine Institute.Subsequently, several institutions and manufacturing units got established later. Before Covid-19, India has been the largest exporter of vaccines. In 2019-20, about USD 710 million worth of vaccines were exported. Today it has made history by launching two indigenous vaccines at a time for Covid-19.

Steps in a vaccine development
For the development of any vaccine, including avaccine for Covid-19, there are several stages involved with inputs from scientists at all levels. The basic step begins at the laboratory level in which the nature of infection needs to be studied in detail at the cellular and molecular level. With respect to Covid-19, much was studiedabout its structure, genome/sequence of its genome, along with the mode of entry in humans and its transmission. For any infection, the body will always generate an immune response. Hence, the next step is understanding the immune response to Covid-19 and how the human body reacts to the virus. Based on the understanding, an approach is decided as to how to develop a vaccine. Thereafter, some basic studies are carried out in cell lines to establish whether the decided approach is “working” or not and this provides an initial clue about the vaccine.
Once a candidate vaccine is developed, it undergoes a series of processes for ensuring that it is working properly and is safe. The initial studies are carried out in relevant laboratory animals like rats, mice, guinea pigs, hamsters, cats, dogs and/or monkeys. In these animals, the investigations are done to find out whether the vaccine is generating the desired immune response. Additionally, safety pharmacology and toxicity studies are carried out to determine whether the developed product is not producing major undesirable effects and adverse reactions. Once these are ensured, the vaccine enters into clinical trials which again has different phases. Phase I is an early stage study carried out in less number of subjects, basically to rule out major safety problems. Phase II is the next stage involving a greater number of subjects to establish consistency of the results of phase I studies. This phase ensures the expected immune response and also determines if any adverse effects are there. The final stage before approval is phase III which is conducted in a large population involving thousands of subjects and once the vaccines clear this phase, it is given approvals by the relevant regulatory agency to be available to the public at large.

Types of Vaccines for Covid-19
Various types of vaccines are under development/developed for Covid-19 which are dealt with in the upcoming section.

Inactivated and live-attenuated vaccines
Inactivated virus vaccines are the vaccines prepared from viruses which are converted into a non-infectious form using physical or chemical method. Influenza vaccine is one such example of an inactivated virus vaccine. Such vaccines are stable and can be easily produced which is their major advantage. The major disadvantage is that unimportant antigensmay result in the skewingof the immunogenic response. Sinovac, Wuhan Institute of BiologicalProducts/Sinopharmand Beijing Institute of BiologicalProducts/Sinopharm, Institute of Medical Biology, Chinese Academy of MedicalSciences, Research Institute for Biological Safety Problems are few developers whose inactivated virus vaccines have entered into the advanced phases of clinical trials. Live-attenuated vaccines are the vaccines made up of live viruses but which are weakened (hence “attenuated”). Smallpox and poliomyelitis are examples of such successful vaccines. The major challenge of such vaccines is that the attenuated viruses may again regain some virulence making them dangerous.

Nucleic acid vaccines
DNA and mRNA vaccines are examples of nucleic acid vaccines. Upon administration, there is the transcription of the mRNA/DNA into relevant viral proteins; S protein being the most common candidate in coronavirus. The advantage of mRNA vaccines is rapid development and low manufacturing cost. However, the delivery and localization are major challenges of mRNA vaccines. The recently approved Pfizer-BioNTech COVID-19 Vaccine developed by Pfizer Inc. and Moderna COVID-19 Vaccine developed by ModernaTX, Inc. are examples of mRNA Vaccines.
The DNA vaccines augment the cellular and humoral immune response of the body. The major advantage is that they are stable, can be prepared easily andthat to in huge quantities.DNA plasmid vaccines prepared by International Vaccine Institute/Inovio Pharmaceuticals, DNA plasmid vaccine with adjuvant prepared by Osaka University/ AnGes/ Takara and DNA Vaccine (GX-19) prepared byGenexine Consortium are some such vaccines under clinical trials.

Vector vaccines
Vector vaccines are the ones that are prepared from the carrier virus so that they are able to carry and deliver a specific gene of the virus. The major advantage of these vaccines is that such vaccines can ably induce an immune response; however induction of prior immunity against the vector is the major challenge. Various developers of vector vaccines are CanSino Biological Inc./BeijingInstitute of Biotechnology, University of Oxford/AstraZeneca, Gamaleya Research Institute, Janssen PharmaceuticalCompanies, etc.

Subunit vaccines and virus-like particles vaccines
There are certain viral proteins that induce an immune response when administered into the host and injection of this type of vaccine (based on proteins) are called subunit vaccines. Such vaccines have the major limitation that they produce an unbalance immune response with restricted efficacy.

INDIGENOUS VACCINES FROM INDIA
As a vibrant step towards “Atmanirbhar Bharat”, currently there are two vaccines that have received approval from the Drugs Controller General of India (DCGI) for the Restricted Emergency Approval of Covid-19. These are vaccines of M/s Serum Institute of India named “Covishield” and M/s Bharat Biotech named “Covaxin”. Additionally, approvals for Phase III clinical trial ofZyCov-D by M/s Cadila Healthcare Ltd. is granted.

Covishield
Covishield is an adenovirus vector-based vaccine that is prepared using recombinant technology. This vaccine encodes for the spike S glycoprotein of the coronavirus. This vaccine is prepared by the Serum Institute of India in association with AstraZeneca/Oxford University. The phase trials of Covishield involved more than 22,000 subjects pan India at 17 centers. At the global level, this was studied in four demographically different countries. The overall efficacy of this vaccine is found to be nearly 70% which is scalable upto 90% when given as a part of a full dosage regimen. The DCGI reviewed the interim safety data and immunogenicity data and after a thorough review, it was found to be analogous to the data from global clinical studies. Covishield is to be given in two dosage regimen two weeks apart. It doesnot need any special cold chain for transport and as it is stable at a temperature of 2 to 8°C.

Covaxin
The indigenous vaccine from Bharat Biotech “Covaxin” is a type of inactivated vaccine prepared from the whole virion in association with the Indian Council of Medical Research and National Institute of Virology. Covaxin has been granted approval in “clinical trial mode” which means that the subjects who receive this vaccine will be tracked down as if they are registered in a clinical trial. Similar to Covishield, Covaxin is also to be given in two dosage regimens on day 0 and day 28. Again, it does not need a special cold chain for transport and as it is stable at a temperature of 2 to 8°C. Covaxin is also speculated to be useful for the variant strain of coronavirus

ZyCov-D
Novel Corona Virus-2019-nCov-Vaccine named ZyCov-D developed by the Indian company Cadila Healthcare Limitedis aDNA plasmid vaccine. It has been granted approval for phase III clinical trial by the DCGI. The results from Phase I/II clinical trials were suggestive that the vaccine is safe and efficacious and is well tolerated. The company will now be initiating Phase III clinical trial in around 30,000 volunteers. Again, the storage condition of ZyCov-D is at a temperature of 2 to 8°C making it apt for India conditions.

WAY FORWARD
At the beginning of the year 2020, the world was in large distress due to Covid-19 emerging as one of the fast spreading, deadly pandemic disease. Scientists, all over the world were struggling and trying to find out a solution to fight against an unseen enemy. However, by the end of the year 2020, we have come far ahead scientifically. Several vaccines were approved in various countries. At the beginning of the year 2021, the approval of two indigenous vaccines from India and approval of phase III clinical trial for the third vaccine has brought in high hopes and positivity in people. Indeed, we have shown that India has a stand in the global context with respect to healthcare and Indians are really doing well for making the dream of “Atmanirbhar Bharat” true!.