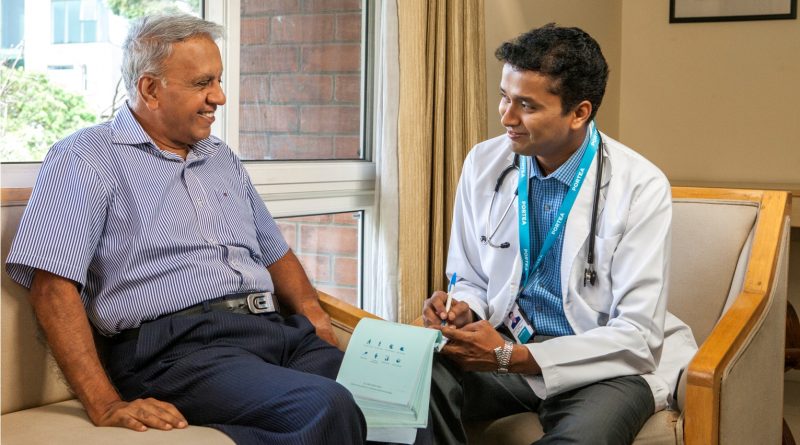 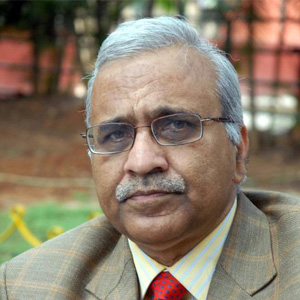 Healthcare for the elderly requires special attention, government policies, dedicated resources and adequate capacity building, incorporating the provision of older-person-centered and integrated palliative care. The WHO has called for study of geriatrics to be made essential for medical students worldwide…
By Dr Girdhar Gyani

Healthy ageing is a major public healthcare challenge in India. The process aging is a universal phenomenon and India is no exception to this .Elderly population (60+) jumped 35.5 percent — from 76 million in 2001 to 103 million in 2011 in India, while the country’s overall population grew by 17.7 percent. Today older people consist approx. nine percent of the total Indian population and their population is projected to reach over 20 percent by 2050.

The population dynamics fuelling India’s growth and changing age structure are rooted in the combined impact of increasing life expectancy and declining fertility. For example, in India LEB (Life Expectancy at Birth) for both sexes increased from 53 years in 1975 to 64 years in 2000 and is expected to reach 72 years by 2025.

Experts are of the opinion that healthcare for the elderly would require special attention, government policies, dedicated resources and adequate capacity building. Internal statistics indicate a grim picture, for example, Maharashtra has the fourth-highest number of elders with 9.2 percent of the population, Tamil Nadu with (10 percent), Himachal Pradesh (10.1 percent) and Kerala (11.8 percent) respectively. This rapid demographic transformation will have shocking implications for healthcare providers in India.

Unfortunately little effort has been made to understand the health and social care needs of elderly in India. There is a huge shortage of manpower in geriatrics in the country and this does not seem to improve in the near future. India at present needs at least 1 million geriatric care professionals. As the demand for geriatric care increases, the World Health Organization (WHO) has called for teaching on geriatric to be made routine for medical students worldwide.

Health care systems in countries like India will also have to adapt as the proportion of their older population continues to increase. In the light of population ageing, the education of tomorrow’s medical doctors must include not only geriatrics care but also interdisciplinary approaches. The WHO recommends awareness for training all future medical doctors in the care of older persons. It also promotes the adoption of a life-course approach in the education and training of doctors. The WHO developed a study on Teaching Geriatrics in Medical Education (TeGeMe) – a joint initiative of ALC and the International Federation of Medical Students Associations (IFMSA) which focused on the integration of geriatric medicine within medical curriculums worldwide.

We in India need to understand that there is a vast difference between general nursing and geriatric care. Moreover social attitude towards elders in India is not very encouraging for various socio-economic reasons. India today is confronted with the massive challenge of putting in place an infrastructure to deal with various critical needs of an aging population that is vulnerable and needs special care. The undergraduate medical curriculum at present does not cover geriatric care completely, while postgraduate geriatric courses are almost absent in India. Making the resources available and capacity building of the staff involved in geriatric care will be an enormous task.

The societal response to population ageing will require a transformation of health systems that moves away from disease-based curative models and towards the provision of older-person-centered and integrated palliative care, it will require a coordinated response from many other sectors and multiple levels of government agencies. It must be built on a paradigm shift in our understanding of ageing to one that takes into account the diversity of older populations and responds to the inequities that often underlie ageing. It will need to draw on improved ways of measuring and monitoring the health and functioning of older populations.

The issue of ageing must be addressed thoughtfully & correctly. The elderly population suffers high rates of morbidity and mortality due to communicable & non communicable diseases. Given the challenges of an ageing population, the need for elderly immunization should be addressed by all stakeholders’ especially through legislations and should be a part of the policy document of the government.

At present there is hardly any protocol in place to deal with the multi-dimensional physical, psychological, and emotional needs of the ageing population in India. A holistic approach and integrated efforts by the health and other related sectors in India is necessary to make an impact on geriatric care.

Coordinated impact of the following factors are likely to change the scenario as far as the plight of geriatric healthcare in India is concerned: change in social attitude towards elders through public campaigns, revising the curriculum of under graduate & post- graduate medical courses as per recommendations of WHO to cater to the needs of the geriatric population, introduction of special nursing courses to cater the needs of the geriatric population and legislation by the Government to address the various challenges faced by elderly population especially bestowing “adult vaccination” legislative significance (making adult vaccination mandatory for elderly population) will go a long way in addressing the issue of elderly care in India.

Association of Healthcare Providers (India) intends to come out with a dedicated FORUM for Elderly Care to address issues in close coordination with government and other stakeholders.

(The author is Director General, Association of Healthcare Providers, India)