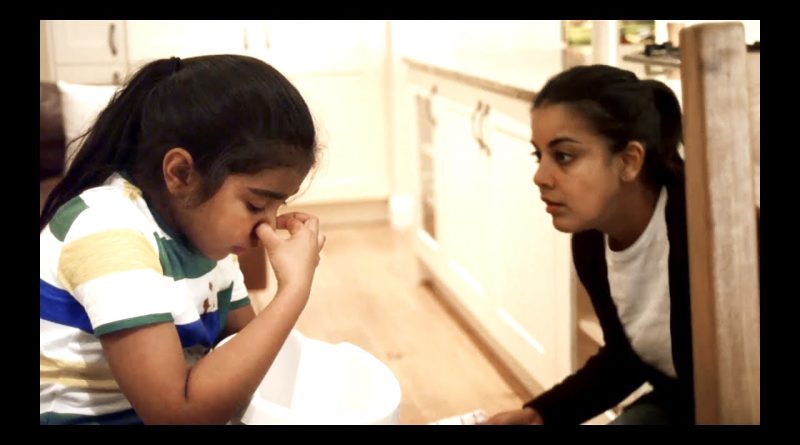 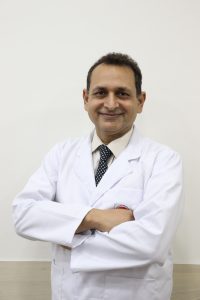 Nosebleeds are not usually serious. However, you need to be on your guard as frequent nosebleeds may
mean you suffer from a more serious health problem….
By Dr Rohit Vishnoi

Nosebleed is also common in dengue fever where blood platelets continue to reduce, liver disease and huge consumption of liquor and nose picking (digital trauma) which can be prevented with proper lubrication of the nasal passages and not picking the nose.

Most nosebleeds can be stopped at home. If bleeding cannot be stopped, there is a large amount of blood lost, or you feel weak or faint immediately consult a doctor for proper treatment. Healing time is minimum 5-7 days. Here it is important to mention that chronic nosebleeds or persistent nosebleeds may need to be stopped with a heating instrument or chemical swab (cauterisation of the blood vessel), or application of a liquid paraffin moisture in the nose to remove the dryness, nasal packs are also used to stop nosebleeds when conservative measures fail. Do not take aspirin or other blood thinning products unless doctor advises.

What causes nosebleeds?
The nose is a part of the body rich in blood vessels (vascular) and is located in a vulnerable position protruding on the face. As a result, trauma to the face can cause nasal injury and bleeding. The bleeding may be profuse, or simply a minor complication. Nosebleeds can occur spontaneously when the nasal membranes dry out and crack.

This is common in dry climates, or during the winter months when the air is dry and warm from household heaters. People are more susceptible to a bloody nose if they take medications that prevent normal blood clotting like aspirin, or any anti-inflammatory medication. In this situation, even a minor trauma could result in significant bleeding. 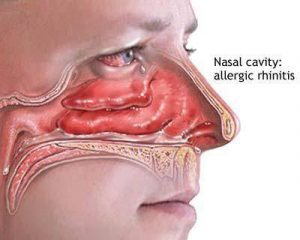 The incidence of nosebleeds is higher during the colder winter months when upper respiratory infections are more frequent, and the temperature and humidity fluctuate more dramatically. In addition, changes from a bitter cold outside environment to a warm, dry, heated home result in drying and changes in the nose which make it more susceptible to bleeding. Nosebleeds also occur in hot, dry climates with low humidity, or when there is a change in the seasons.

Risk factors
There are several risk factors. Most commons are any type of infection, trauma, including self-induced by nose picking (this is a common cause of nosebleeds in children), allergic and non-allergic rhinitis, hypertension (high blood pressure), use of blood thinning medications, and alcohol abuse. Less common causes of nosebleeds include tumours and inherited bleeding problems and hormonal changes during pregnancy.

Frequent nosebleeds may mean you have a more serious problem. For example, nosebleeds and bruising can be early signs of leukemia. Nosebleeds can also be a sign of a blood clotting or blood vessel disorder, or a nasal tumor (both cancerous and non-cancerous).

Nosebleeds are not usually serious. However, frequent or heavy nosebleeds may indicate more serious health problems, like high blood pressure or a blood clotting disorder, and should be checked. Excessive bleeding over a prolonged period of time can also lead to further problems such as anemia.

A nosebleed is not directly caused by the stress you feel, though the two things may appear connected. Instead, it is caused by the situation that also caused the anxiety. Hypertension, or high blood pressure, has been suggested as a trigger for nosebleeds. 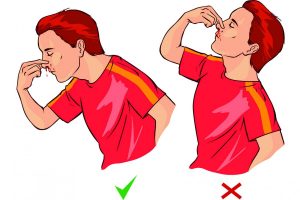 How to stop the common nosebleed?
Most people who develop nose bleeding can handle the problem without the need of a treatment by a doctor, if they follow the step-by-step first aid recommendations below on how to stop a nosebleed.

Lean forward slightly with the head tilted forward. Leaning back or tilting the head back allows the blood to run back into the sinuses and throat, and can cause gagging or inhaling of blood. Spit out any blood that may collect in your mouth and throat. It may cause nausea, vomiting, or diarrhea, if swallowed.

Gently, blow any blood clots out of your nose. The nosebleed may worsen slightly when you do this but this is expected. Pinch all the soft parts of the nose together between the thumb and index finger. Press firmly toward the face – compressing the pinched parts of the nose against the bones of the face. Breathe through mouth as one does this. Hold the nose for at least five minutes.

Repeat as necessary until the nose has stopped bleeding. Sit quietly, keeping the head higher than the level of the heart. Do not lie flat or put your head between your legs. Apply ice (wrapped in a towel) to nose and cheeks afterwards. Nasal spray can be used short-term to help with congestion and minor bleeding if you do not have high blood pressure. However, these sprays should not be used for more than a few days at a time, as they can make congestion and nosebleeds worse.

Always mind it: stuffing cotton or tissue into your nose is not advised. 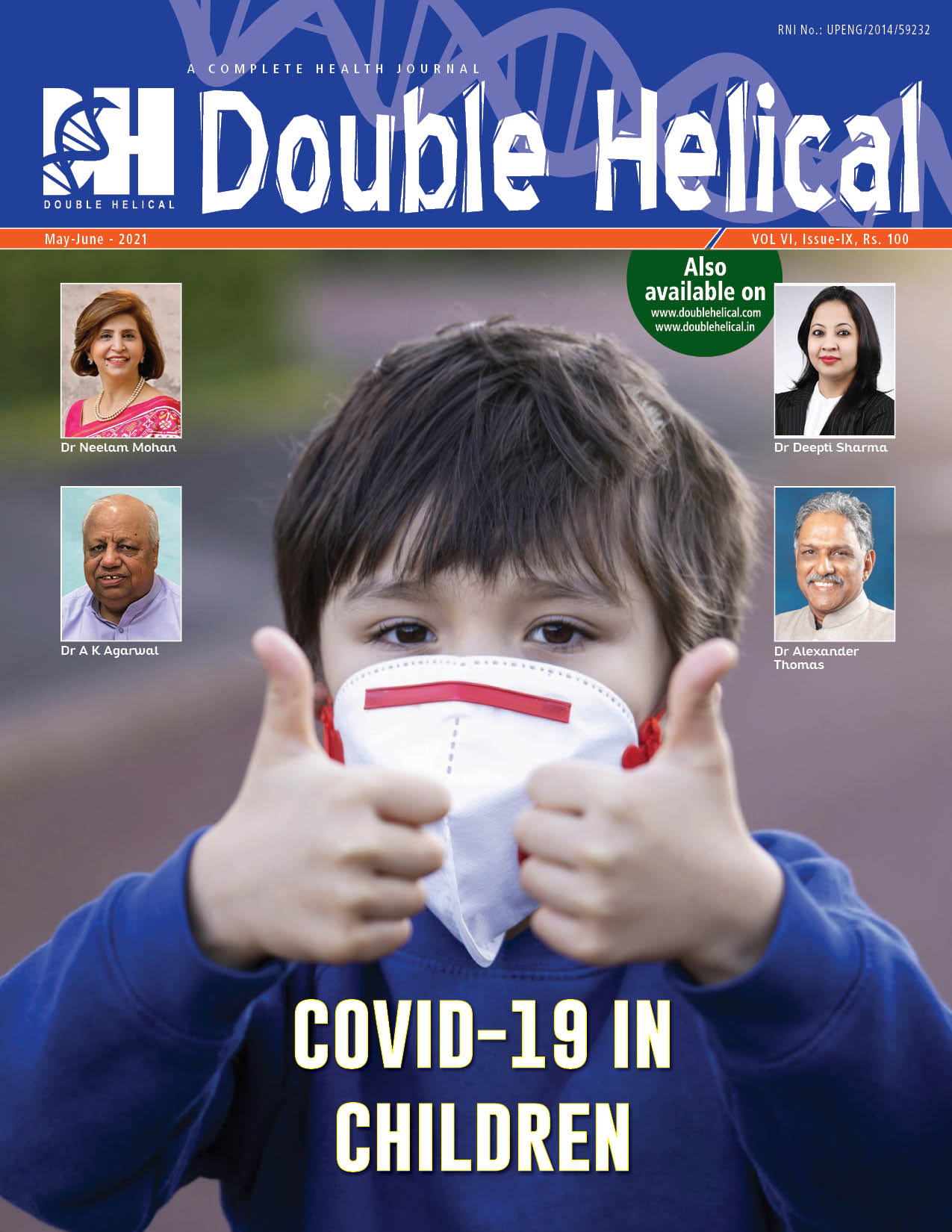