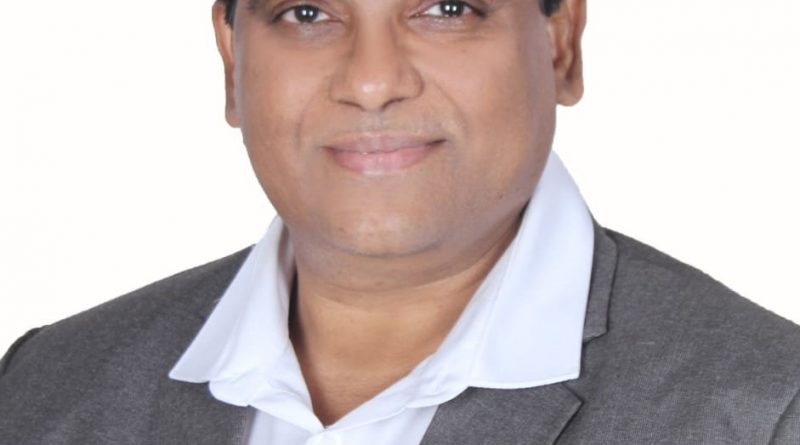 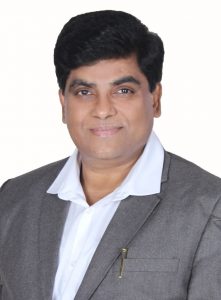 Dr Ishwar Basavaraddi, Director, Morarji Desai National Institute of Yoga, New Delhi describes Yoga as an art and science for healthy living. According to him, Yoga focuses on bringing harmony between mind and body. In an exclusive interview with Bharti Devi for Double Helical, he elaborated on the significance of Yoga, an ancient physical, mental and spiritual practice that originated in India. Excerpts of the interview…

What exactly is the practice of Yoga?
The practice of yoga leads to the union of individual consciousness with universal consciousness. The science of Yoga has its origin thousands of years ago. The seers and sages carried this powerful Yogic science to different parts of the world. However, it was in India that the Yogic system found its fullest expression under Saptarishi, Agastya. The great sage Maharishi Patanjali systematised and codified the then existing yogic practices, its meaning and its related knowledge through Patanjali’s Yoga Sutras.
In Indian mythology, Lord Shiva is the first Yogi (Adi Yogi) and is believed to have begun imparting the knowledge of yoga to the Saptarishis (seven sages) – Agastya, Atri, Bharadvaja, Gautama, Jamadagni, Kashyapa and Vasistha. The Saptarishis, also known as Brahmarishis, are the seven mind-born sons of Lord Brahma having all knowledge about Brahman. They had imparted the knowledge of yoga to the rest of mankind.

How would you define the term Yoga?
The word ‘yoga’ derives from Sanskrit root ‘yuj’ and means to join or to unite, symbolising the union of body and consciousness. Yoga balances body, mind and soul and helps in connecting us with our inner soul, as also with Nature. It promotes harmony among people, and between ourselves and the natural world, thereby making us healthy both physically and mentally. In Indian spiritual context, it means the unification of ‘Atma’, the soul with ‘Parmatma’, God.

Don’t you think that Yoga is also a meditation?
Yes, Yoga involves meditation providing lots of confidence, calmness, peace and knowledge to the people which is helpful in performing many activities in a better way, thereby, generating better coordination with all. Yoga is believed to be having the power which helps in opening the third eye, (a state of enlightenment having spiritual or psychological significance), otherwise lying dormant in humans. One who experiences this oneness of existence is said to be “in yoga” and is termed as a yogi attaining a state of freedom, referred to as ‘moksha’. All ancient commentaries on Yoga have stressed that it is essential to work under the direction of a Guru, as only a Guru (teacher) can advocate the appropriate combination of yogic-practices necessary for each seeker to experience this oneness of existence. 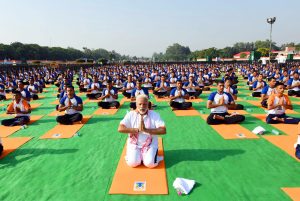 How does Yoga work to provide great relaxation?
Yoga works on the level of one’s body, mind, emotion and energy. Every individual is a unique combination of these four factors. The different philosophies, traditions, lineages and Guru-Shishya paramparas of Yoga led to the emergence of different traditional schools. These include Karma Yoga, Jnana Yoga, Bhakti Yoga, Kriya Yoga, Patanjala Yoga, Kundalini Yoga, Hatha Yoga, Dhyana Yoga, Mantra Yoga, Laya Yoga, Raja Yoga, Jain Yoga, Bouddha Yoga and so on. Each school has its own approach and practices that lead to the ultimate aim and objectives of Yoga – to be in the path to get liberated from all the bondages.

What are the dos and don’ts to follow in yogic practice?
The widely practised Yoga sadhanas or yogic practices in each school of thought are: Yama, Niyama, Asana, Pranayama, Pratyahara, Dharana, Dhyana, Samadhi, Bandhas and Mudras, Satkarmas, Yuktahara, Mantra-japa, Yukta-karma etc. There are a few dos and don’ts to follow in yoga practice. These are:
1) Yoga practice should be performed in a clean, calm and quiet atmosphere with a relaxed body and mind.
2) Yoga practices should be done in empty stomach. Bladder and bowels should be emptied before starting yogic practices.
3) Yoga should not be performed in a state of exhaustion, illness, in a hurry or in an acute stress conditions.
4) Yoga experts should be consulted before doing yogic practices during pregnancy and menstruation, as also, in chronic disease, pain and cardiac problems.
5) While bath may be taken after 20-30 minutes of Yogic practice, food is better consumed after an hour. A vegetarian diet is usually recommended, and for a person over 30 years, two meals a day is prescribed.

How would you rate the popularity of Yoga worldwide?
Over the years, the popularity of Yoga has increased throughout the world and is practised in various forms. Recognizing its universal appeal, the United Nations had proclaimed June 21 as International Yoga Day on 11 December 2014. This date was proposed by Prime Minister Narendra Modi ji, as June 21 happens to be the longest day and carries special significance from the perspective of Yoga as there is a natural support for those pursuing spiritual practices.

Is Yoga all about exercise?
Not at all. Yoga is not just about exercise. As Modi ji described it, “Yoga is a way to discover the sense of oneness with yourself, the world and the nature.”
As the simple practices of Yoga for just half an hour a day can transform our lives, so making it an integral part of our routine should be our mantra … a mantra for a better, healthier life!.