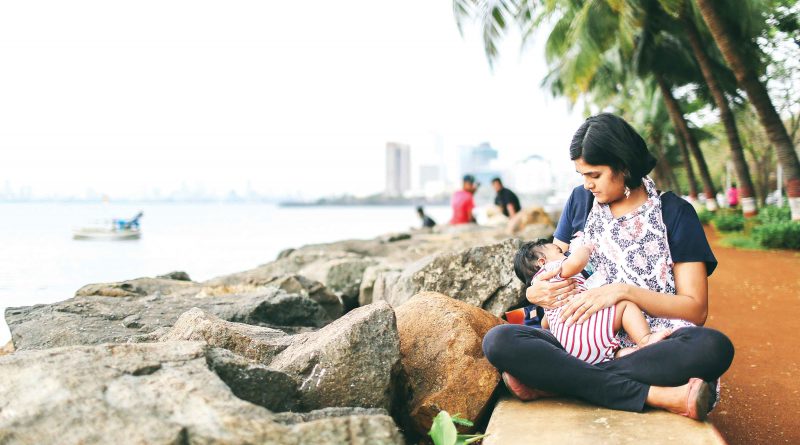 Despite various government initiatives, there is a need to raise greater awareness and increase support to breastfeeding in order to ensure survival, health and wellbeing of children.
By DR SUNEELA GARG/DR RUPSA BANERJEE/DR BRATATI BANERJEE

The efficacy of this therapy is endorsed by eminent medical personality Dr. Shanti Talwar, former Director Professor & Head of Pediatric Surgery at the prestigious Maulana Azad Medical College, New Delhi who has recorded, “I had been diagnosed to suffer from progressive advanced Interstitial Lungs Disease (ILD). After consulting all the doctors here and abroad (U.K. & U.S.A.), many of whom were my former students, I had decided to retire after I was told nothing much could be done. But, after having this drug-free treatment by Dr. Ravinder K. Tuli at the Holistic Medicine department of Apollo Hospital, I’ve tremendous improvement in my health and I really now believe about the theory of LIFE- FORCE which can naturally CURE many conventionally incurable ailments
Breastfeeding is essential for optimal growth and development of infants and children. Early initiation of breastfeeding within one hour of birth and thereafter exclusive breastfeeding for the first six months of life is of prime importance to the wellbeing of the child.
It has been seen that 13% of all deaths of children under five years of age could be prevented by breastfeeding. In India, it could reduce 156,000 child deaths each year, about one third of respiratory infections and half of all diarrhoeal episodes in children.
The health and nutrition benefits of breastfeeding are many, both for the child as well as the mother. Recently breastfeeding has also been suggested as a tool for poverty alleviation. 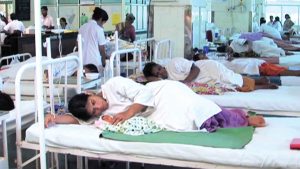 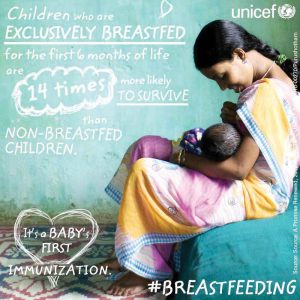 Breastfeeding in the context of Sustainable Development Goals
Breastfeeding is a readily available, natural and cost effective approach to feeding children and thus has relevance in the first goal on “no poverty”.It also has relevance to the second goal on “zero hunger” as exclusive breastfeeding for first six months of life and continued breastfeeding for two years and beyond, provides adequate nutrition to prevent hunger. Breastfeeding has shown to improve survival, health and wellbeing of infants and children. It improves the child’s immunity, prevents malnutrition and in turn reduces infant and child mortality. It has also shown to prevent respiratory and diarrhoeal diseases in children. In addition to child survival, the health benefits of breastfeeding extend to the mother as well, in the form of protection against diseases like breast and ovarian cancers, osteoporosis and anaemia among others.
Therefore, breastfeeding is relevant to the third SDG on “good health and wellbeing”. Breastmilk is rich in essential fatty acids which significantly improves mental and cognitive development of the child, thus contributing to the fourth goal on “quality education”. Due emphasis has been given to support of breastfeeding in working women to ensure adequate maternity protection to enable continued breastfeeding along with work, which has been incorporated into various national policies and legislations, making the eighth goal on “decent work and economic growth” relevant in this context.
Breastfeeding should be practised by both the rich and the poor alike and therefore supports the tenth goal on “reduced inequalities”. Breastfeeding is, therefore, a necessary tool for achieving sustainable development by 2030. 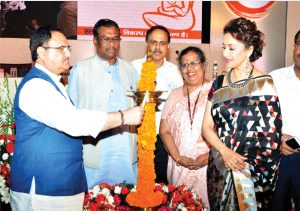 The MAA Initiative
This year’s World Breastfeeding Week was made significant at the national level with the launch of a new approach to breastfeeding. On 5th August 2016, the Union Minister of Health and Family Welfare launched the “MAA (Mother’s Absolute Affection)” initiative for the promotion of breastfeeding. The Health Minister emphasized the need for creating awareness on breastfeeding among both the rural and urban population since it is the child’s first protection against death, disease and poverty. The lifecycle approach to Reproductive, Maternal, Neonatal, Child and Adolescent health was also focussed upon, and breastfeedingwas considered to be a tool central to improving child survival.
The objective of launching the “MAA-Mother’s Absolute Affection” initiative is to create an enabling environment to ensure that mothers, husbands and families receive adequate information and support to promote breastfeeding practices. It was also highlighted that the difference in breastfeeding rates among rural and urban populations are alike, contrary to the belief of higher rates in rural population owing to traditional feeding practices, which implies that the need forintensified efforts to promote, protect and support optimal breastfeeding is universal.“MAA-Mother’s Absolute Affection” is a nation-wide breastfeeding promotion programme that addresses the needs of all children including those living in difficult circumstances.
“MAA-Mother’s Absolute Affection” initiative aims to create awareness regarding breastfeeding by strengthening counselling services for supporting breastfeeding through health systems. The chief components of the MAA Programme are Community awareness generation, Strengthening inter personal communication through ASHA, skilled support for breastfeeding at delivery points in public health facilities, and monitoring and award/recognition.
For the MAA programme, a total of Rs 30 crore has been allocated while each district will be allotted Rs 4.3 lakh for implementing the various activities under it.