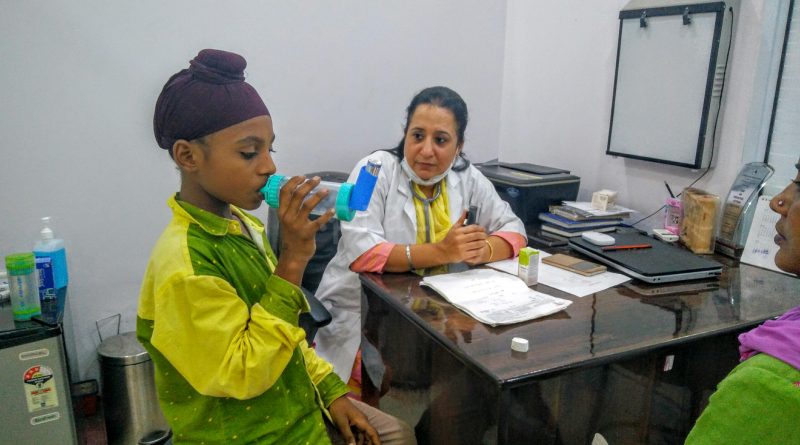 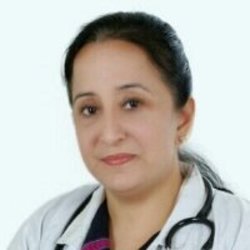 Asthma is the leading cause of chronic illness in children. It can begin at any age but most children have their first symptoms by age five. So, an early diagnosis is important.
By Dr Jasmeet K Wadhwa

Childhood asthma is a condition that is under-recognized, under-estimated, under-treated and responsible for considerable morbidity among children between one to four years of age group.
Asthma is a chronic inflammatory disorder of the airways, characterized by recurrent, reversible, airway obstruction. Airway inflammation leads to airway hyperactivity, which causes the airways to narrow in response to various stimuli, including allergens, exercise, and cold air.
Children with recurrent cough, wheezing, chest tightness or shortness of breath may have one or more forms of asthma. If left untreated, asthmatic children often have less stamina than other children, or avoid physical activities to prevent coughing or wheezing. Sometimes they will complain that their chest hurts or that they cannot catch their breath. Colds may go straight to their chest. Or, they may cough when sick, particularly at night.
Asthma has multiple causes, and it is not uncommon for two or more different causes to be present in one child. Asthma is more than wheezing. Coughing, recurrent bronchitis and shortness of breath, especially when exercising, are also ways that asthma appears.
For some children, severe asthma attacks can be life-threatening and require emergency treatment. Signs and symptoms of an asthma emergency in children under five years old include gasping for air breathing in so hard that the abdomen is sucked under the ribs and trouble speaking because of restricted breathing. 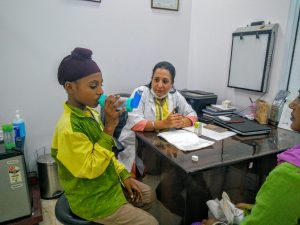 Investigating childhood Asthma
Studies have found that amongst the unlabeled asthmatics, cough and other mild symptoms of asthma are predominant whereas wheezing and shortness of breath are more common among the labeled ones. In India, studies determining the prevalence of asthma in school children have been reported but no study has been done to determine the factors for under diagnosis of asthma. Thus, we planned to study the under-diagnosis of asthma in school children and its related factors using questionnaires and pulmonary function tests.
A cross-sectional study was carried out on 1000 school children studying in three public schools of Delhi and Haryana between 10 to 17 year age group over the period of one year. It aimed in studying under diagnosis of asthma in school children and its related factors. Questionnaires including details of medical, social, environmental factors precipitating asthma were filled by the parents and class teachers. Pulmonary function test (PFT) was performed. Based on questionnaires and PFT results, children were grouped as labeled and unlabeled asthmatics. Cough was found to be equally prevalent in both the groups while wheezing and shortness of breath were independent and significant factors associated with getting a physician diagnosis.
General physical and systemic examination was done, followed by pulmonary function test. Peak expiratory flow rates were measured by Mini-Wright peak flow meter in standing position. Best of three measurements was taken. Children who had asthma-like symptoms were subjected to spirometry examination. In conclusion, we found that asthma is more likely to be missed or under diagnosed in children presenting with cough without wheezing and shortness of breath.
Tricky diagnosis
Wheezing, coughing and other asthma-like symptoms can occur with conditions other than asthma, such as viral infections and so diagnosing asthma in young children can be really tricky. And this is the reason why it may not be possible to make a definite diagnosis of asthma until the child becomes older.
Diagnosing the precise cause of asthma is sometimes difficult because two or more causes may be present in one child. Unfortunately, there is not a single test that provides all the answers. An allergist/immunologist has specialized training and experience to determine if a child has asthma, what is causing it and accordingly what treatment plan should be developed.
It is also important to understand what triggers the symptoms in a particular child, and what (including medications) can make them go away. For this purpose an understanding of the family history of the child and the analysis of the environment (such as smoking or pets) is useful, so your physician may ask.
For many children under age five, asthma attacks are triggered or worsened by colds and other respiratory infections. It may be noticed that a particular child’s colds last longer than they do in other children, or that signs and symptoms include frequent coughing that may get worse at night.
Moreover, infants may need extra attention during the diagnostic process because asthma symptoms can be caused by many things in this age group, some of which need very different therapies. When an infant has asthma symptoms, it is sometimes called reactive airway disease.

What triggers Asthma in Children
The two most common triggers of asthma in children are colds and allergens. After infancy, allergies become particularly important, and therefore asthmatic children should have an allergy evaluation to help diagnose and manage their asthma. Avoiding the allergens to which your child is allergic may help improve his or her asthma.
If the child is older than 5 years, he or she may be asked to perform pulmonary function testing to learn how air flows in his or her lungs. Other tests that your physician may discuss with you include measures of inflammation, a chest x-ray and tests for some of the less common causes of asthma-like symptoms. 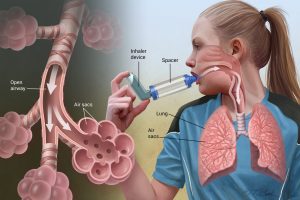 Managing asthma in children
The most important part of managing asthma in children is to gain knowledge on how and when asthma causes problems, besides how some of the triggers can be avoided and the use of medications. The causes of asthma and best treatment for one child may be quite different than for another.
To understand this phenomena an allergist can help develop an asthma management plan, and moreover, it is wise to share it with other caregivers. The plan outlines what medications to take, and when and how to increase the doses or add more medication, if needed. It also includes advice about when to call the physician. An asthma management plan puts the patient in control for detection and early treatment of symptoms.
Inhaled medications come as metered-dose inhalers (sometimes called pumps), nebulizer solutions (delivered as a mist by a machine) and dry powder inhalers. However, it is important to learn how to use the type of medications prescribed for a child, or they might not work well.
Asthma medications include inhaled rescue medications (quick-relievers) to treat symptoms and long-term controller medicines (inhaled as well as oral) to control inflammation that commonly causes the asthma. If a child’s asthma is more than a rare minor problem, a controller medication will probably be prescribed.
For older children and adults, doctors can use breathing tests (lung function tests) such as spirometry or peak flow measurement. As the child gets older, these tests may be used to help pinpoint an asthma diagnosis and track the progress of treatment. Generally, children under age five aren’t able to do these tests.
Not all children have the same asthma symptoms, and so these symptoms can vary from episode to episode in the same child.
Possible signs and symptoms of asthma in children include frequent coughing spells, which may occur during play, at night, or while laughing or crying, chronic cough, less energy during play, rapid breathing (intermittently) complaint of chest tightness or chest hurting, whistling sound when breathing in or out — called wheezing, see-saw motions in the chest from laboured breathing. These motions are called retractions, shortness of breath, loss of breath, tightened neck and chest muscles and feelings of weakness or tiredness
While these are some of the symptoms of asthma in children, the doctor of a particular child should also evaluate whether any illness complicates the breathing of that child. Many pediatricians use terms like “reactive airways disease” or bronchiolitis when describing episodes of wheezing with shortness of breath or cough in infants and toddlers (even though these illnesses usually respond to asthma medications).

Understanding symptoms
There are many risk factors for developing childhood asthma. These include nasal allergies (hay fever) or eczema (allergic skin rash), a family history of asthma or allergies, frequent respiratory infections, low birth weight, exposure to tobacco smoke before or after birth and may be being raised in a low-income environment.
This is also important to know why the rate of asthma in children is gradually increasing. Some experts suggest that children spend too much time indoors and are exposed to more and more dust, air pollution, and secondhand smoke. Some of the suspect that children are not exposed to enough childhood illnesses to direct the attention of their immune system to bacteria and viruses.
Many children with asthma develop symptoms before age five and so an early diagnosis is important. There are a number of conditions that can cause asthma-like symptoms in young children. Treatment of Asthma in children improves their day-to-day breathing while reducing asthma flare-ups which further help reduce other problems caused by asthma.