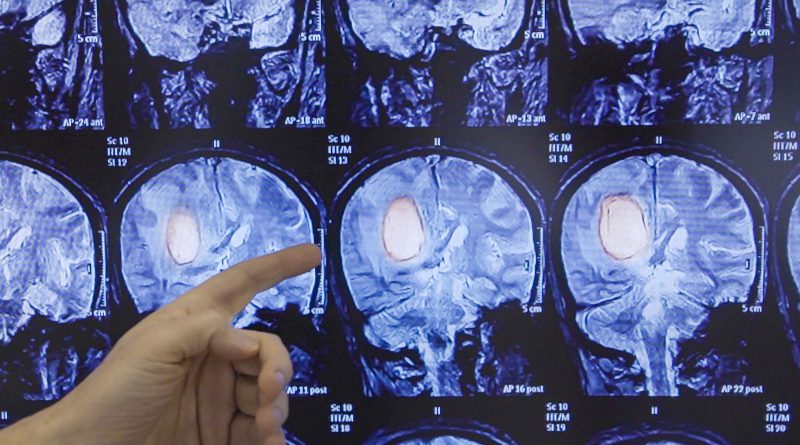 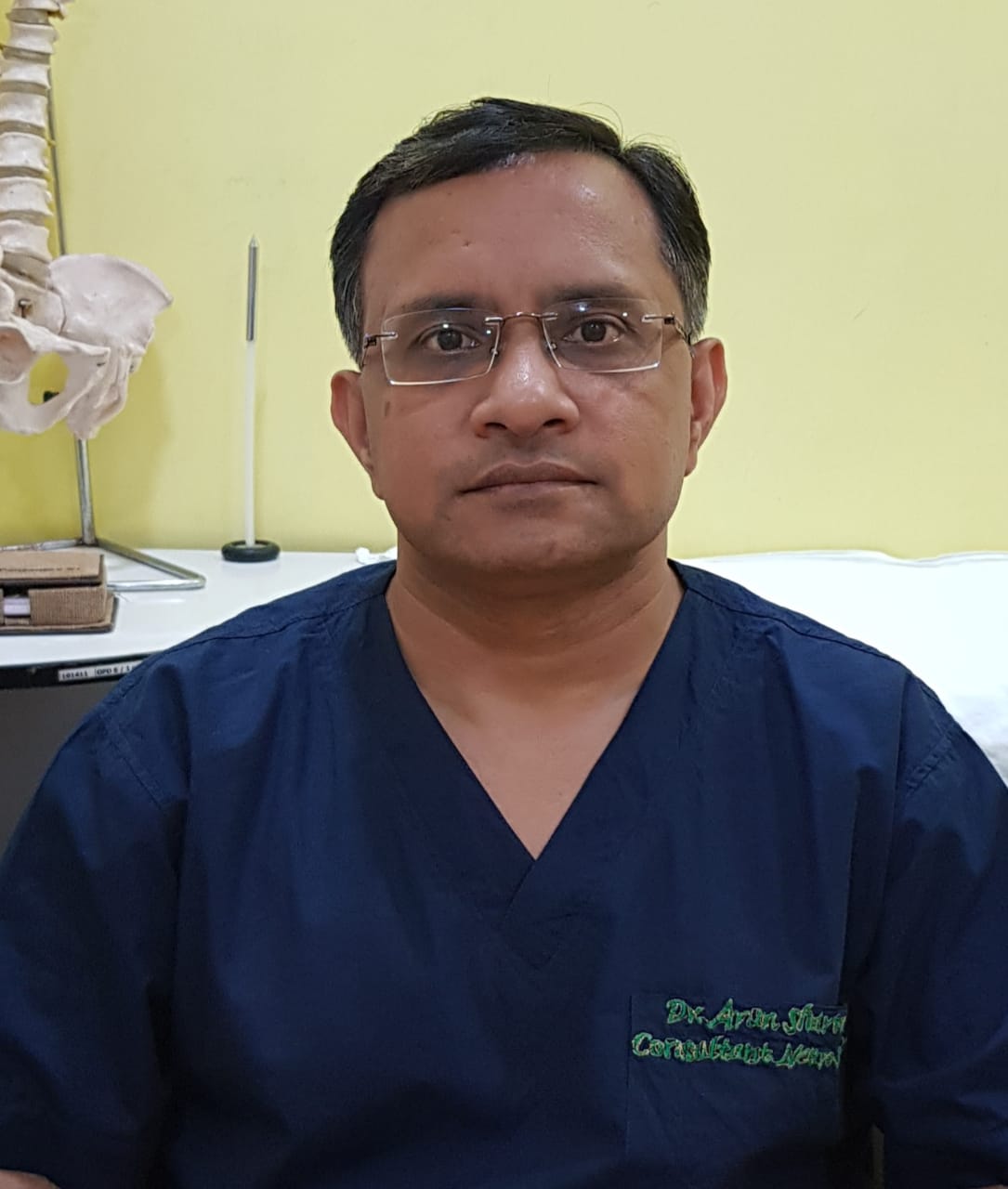 The persistent signs and symptoms like headaches that gradually become more frequent and severe, unexplained nausea or vomiting, vision problems like blurred vision, double vision or loss of peripheral vision, gradual loss of sensation or movement in an arm or a leg, difficulty with balance in walking or sitting, speech difficulties and confusion in everyday matters are all possible symptoms of a brain tumour..…
By Dr Arun Sharma

Abnormal and uncontrolled growth of cells in brain is called a brain tumour. Although such growths are popularly called brain tumours, not all brain tumours are cancerous. Cancer is a term reserved for malignant tumours. 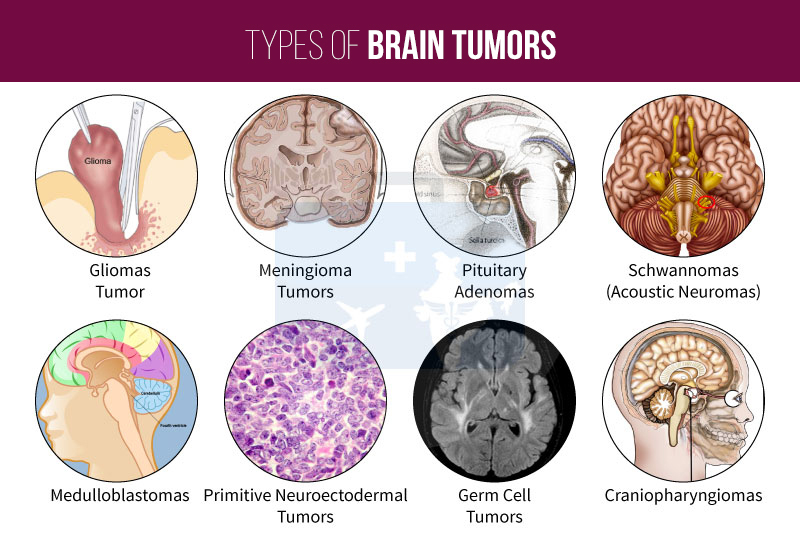 Types of Brain Tumours
There are two main types of brain tumours- primary and secondary/metastatic. Primary tumours originate in the brain. Metastatic tumours originate elsewhere in the body and reach the brain and grow there. Malignant tumours can grow and spread aggressively, overpowering healthy cells by taking their space, blood, and nutrients. They can also spread to distant parts of the body.

Many different types of brain tumours exist. Primary brain tumours have many types. Each gets its name from the type of cells involved. Among them, Gliomas arise from glial cells and include astrocytomas, ependymoma, glioblastomas, oligoastrocytomas and oligodendrogliomas. Non glial tumours develop from meninges, nerves, blood vessels or certain glands.

Meningiomas arises from the membranes that surround the brain and spinal cord (meninges). Most meningiomas are noncancerous. Acoustic schwannomas are benign tumours that develop from the nerves that control balance and hearing. Pituitary adenomas are mostly benign tumours that develop in the pituitary gland at the base of the brain. These tumours can affect the pituitary hormones with effects throughout the body. Medulloblastomas are the most common cancerous brain tumours in children. A medulloblastoma starts in the posterior part of the brain and has a tendency to spread through the spinal fluid. These tumours are less common in adults, but they do occur.

Primitive Neuroectodermal tumours (PNETs) are rare, cancerous tumours that start in embryonic (foetal) cells in the brain. They can occur anywhere in the brain. Craniopharyngiomas are rare, noncancerous tumours that originate near the brain’s pituitary gland, which secretes hormones that control many body functions. As the craniopharyngioma grows slowly, it can affect the pituitary gland and other structures near the brain.

Secondary (metastatic) brain tumours are tumours that result from cancer that starts elsewhere in the body and then spreads to the brain. Secondary brain tumours most often occur in people who have a history of cancer. But in rare cases, a metastatic brain tumour may be the first sign of cancer that began elsewhere in your body. Any cancer can spread to the brain, but the most common types include breast cancer, colon cancer, kidney cancer, lung cancer and melanoma.

Causes and Risk factors
What causes brain tumours? Despite extensive research, the brain tumour causes are not clear. Tumours are caused by uncontrolled and unwanted growth of cells. This is caused by a mutation in the DNA. What exactly triggers this and why at a particular location in the body, is not known. Some risk factors have been identified that may increase the risk of brain tumour.

Radiation: Exposure to ionizing radiation from radiation therapy, CT scans and X rays increases the risk. More common forms of radiation, such as electromagnetic fields from power lines and radiofrequency radiation from cell phones and microwave ovens have not been proved to be linked to brain tumours.

Exposure to certain chemicals on a regular basis increases the risk of developing a brain tumour. Such chemicals include cadmium, arsenic, nickel compounds, tobacco smoke and many more. 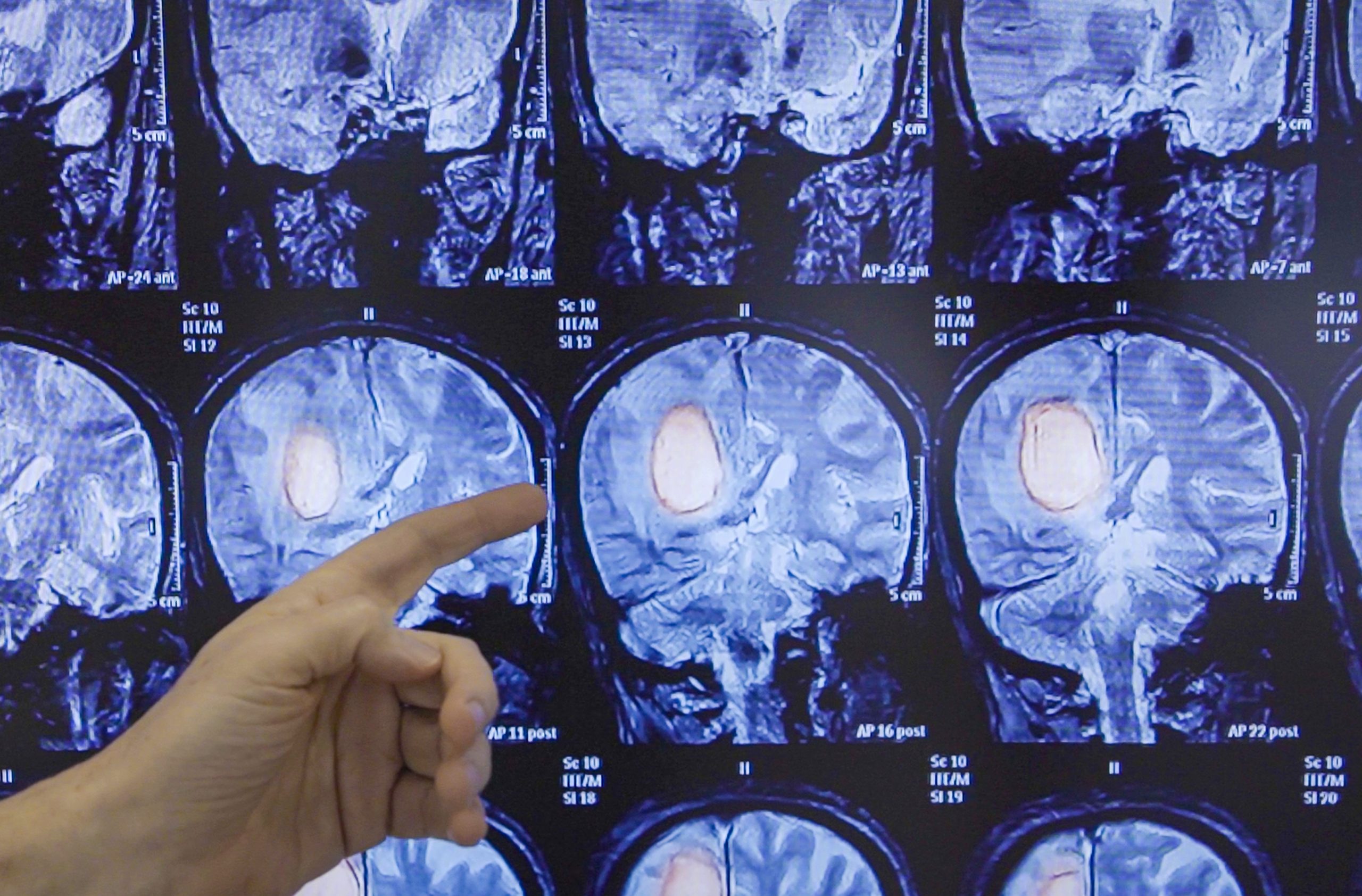 Signs and Symptoms
The signs and symptoms of a brain tumour vary greatly and depend on the brain tumour’s size, location and rate of growth. General signs and symptoms caused by brain tumours may include new onset or change in pattern of headaches, headaches that gradually become more frequent and more severe, unexplained nausea or vomiting, vision problems, such as blurred vision, double vision or loss of peripheral vision, gradual loss of sensation or movement in an arm or a leg, difficulty with balance, tingling on one side of body, tremors, speech difficulties, changes in hearing or smell, confusion in everyday matters, memory loss, personality or behaviour changes, seizures, especially in someone who doesn’t have a history of seizures and hearing problems, increased sleepiness, drowsiness and loss of consciousness.
Some gender specific symptoms are also seen. Nipple discharge in non nursing women, menstrual abnormalities, excessive body hair.

Diagnosis of Brain Tumour
Neurological Examination: The physician clinically examines you for strength of hands and legs, coordination, speech, hearing, vision and other indicators in the your complaints.

Imaging: If it is suspected that the patient can have a brain tumour, the doctor may recommend a number of tests and procedures. Magnetic resonance imaging (MRI) usually with contrast, is commonly used to help diagnose brain tumours. MR Spectroscopy uses the chemical changes in the brain tumour and further corroborates the diagnosis. Other imaging tests may include computerised tomography (CT) scan and positron emission tomography (PET). PET is helpful in diagnosing the tumours in other parts of the body as well.

Angiography: It can be MR or CT based or Digital Substraction Angiography. In this procedure, a fluorescent dye is injected into the bloodstream. The dye on reaching the brain helps the doctor in knowing the blood supply of tumours and engulfment / proximity of large brain vessels to the tumour.

Biopsy : A tiny piece of tumour is removed through a minimally invasive surgery or stereotactic procedure and then sent for histopathological examination to determine whether it is benign or malignant. This information is critical to establish a diagnosis and prognosis and, most importantly, in guiding treatment.
It is suspected that the brain tumour may be a result of cancer that has spread from another area of the body, the doctor may recommend tests and procedures to determine where the cancer originated. One example might be a CT scan of the chest to look for signs of lung cancer. PET is the gold standard to look for tumours in the whole body in a single investigation. 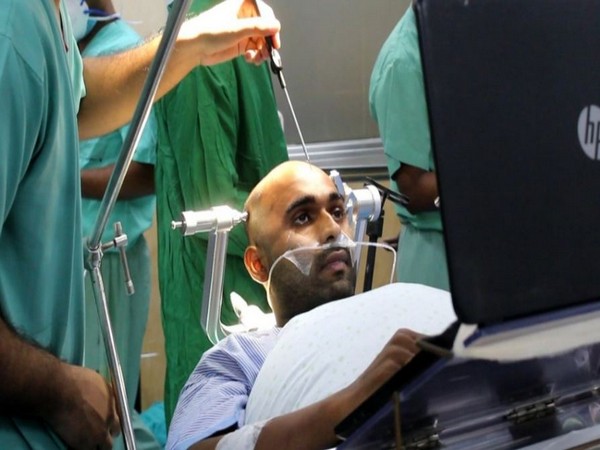 Treatment
Treatment for a brain tumour depends on the type, size and location of the tumour.

Surgery: Brain surgery is a complicated procedure and requires utmost attention and care during the surgery. If the brain tumour is located in a place that makes it accessible for an operation, the neurosurgeon will operate to remove as much of the brain tumour as is safely possible. In some cases, tumours are small and easy to separate from surrounding brain tissue, which makes complete surgical removal possible. In other cases, tumours can’t be separated from surrounding tissue or they’re located near sensitive / eloquent areas in your brain, making surgery risky. In these situations only the part of the tumour is removed which is safe.

Neurosurgeons can perform tumor resections with the help of brain neuronavigation more precisely, perform less-invasive procedures, and help improve clinical outcomes. The neuronavigation systems enable surgeons to visualize the anatomy of a patient’s brain during surgery and precisely track the location of their surgical instruments in relation to the anatomy.

When the diagnosis of a deep seated tumour is to be confirmed histologically, stereotaxic biopsy is performed. It is a computer guided procedure, which is safe and rarely causes neurological deficit. Radiotherapy & chemotherapy is started according to the obtained histological diagnosis.

Awake craniotomy: This is done when a tumour is located in an eloquent / sensitive area. The patient is kept awake while the tumour is being excised. This avoids or minimises damage to important areas of brain controlling speech and power of limbs. The advancement of medical technology with the availability of high speed drills, microscope, CUSA, intraoperative ultrasound and stereotactic neuronavigation have further made brain tumour surgery safe.

If a brain tumour is diagnosed, relieving symptoms remain an important part of your care and treatment. Today, most tumours can be removed safely with microsurgical techniques in a manner that maximizes tumour removal and minimizes harm to the patients.

Even removing a portion of the brain tumour may help reduce your signs and symptoms. Surgery to remove a brain tumour carries risks such as infection, bleeding, brain swelling, seizures, memory loss, coma, weakness of hands or legs . Other risks may depend on the part of the brain where your tumour is located. For instance, surgery on a tumour near nerves that connect to your eyes may carry a risk of vision loss.

Radiation therapy
Radiation therapy uses high-energy beams, such as X-rays or proton beams to kill tumour cells. External beam radiation therapy (EBRT) directs high energy beams at a tumour from outside the body. Brachytherapy places radioactive sources inside or next to the tumour to kill cancer cells and shrink tumours. It uses a highly localised dose of radiation.

External beam radiation can focus just on the area of your brain where the tumour is located, or it can be applied to your entire brain (whole-brain radiation). Whole-brain radiation is most often used to treat cancer that has spread to the brain from some other part of the body. Side effects of radiation therapy depend on the type and dose of radiation you receive. Common side effects during or immediately following radiation include fatigue, headaches and scalp irritation. Proton therapy is a type of EBRT that uses protons rather than X rays. It is used for tumours when less radiation is needed because of the location.

There are different types of technology used in radiosurgery to deliver radiation to treat brain tumours, such as Gamma Knife / Cyberknife / Linear Accelerator. Radio surgery is usually performed on an outpatient basis and referred as a one day treatment. Some large tumours may require more than one session.

Radiosurgery is sometimes advised as the primary modality of treatment in some tumours, which are deep seated or located close to vital structures in the brain

Chemotherapy
Chemotherapy uses drugs to kill tumour cells. Chemotherapy drugs can be taken orally in a pill form or injected into a vein (intravenous). A chemotherapy regimen usually consists of a specific number of cycles given over a fixed period of time. The goal is to destroy tumour cells remaining after surgery or slow down a residual tumour’s growth. Chemotherapy side effects depend on the type and dose of drugs you receive. Chemotherapy can cause weakness, nausea, vomiting and hair loss. 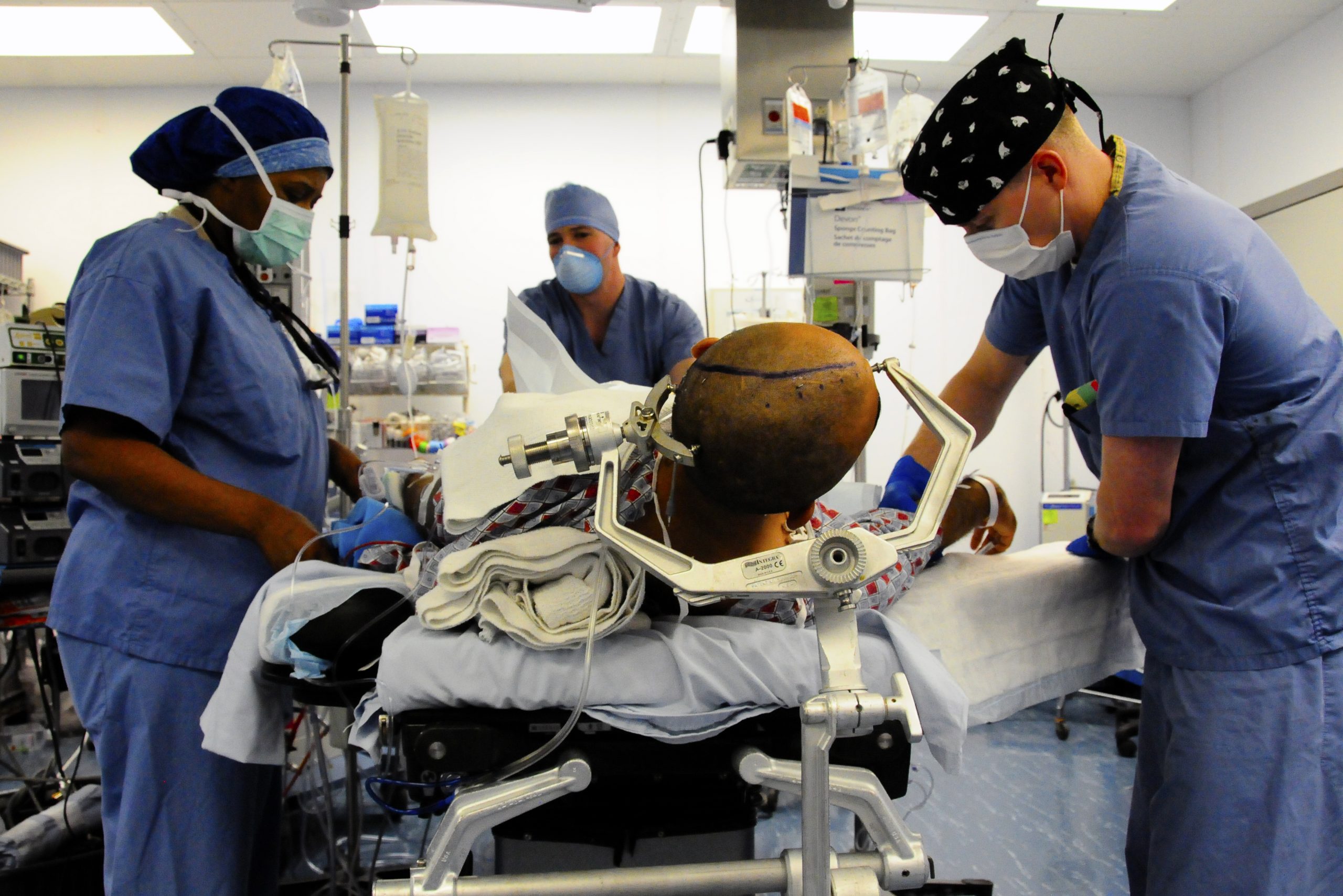 Targeted drug therapy
This treatment targets the tumour’s specific genes, proteins or the tissue environment that contributes to a tumour’s growth and survival. Bevacizumab and Larotrectinib are the two types of targeted therapies that are used for brain tumours.

Rehabilitation after treatment
A brain tumour and it’s treatment causes physical derangements as well as emotional and social problems and financial hardships. Their management requires supportive / palliative care. Since brain tumours can develop in parts of the brain that control motor skills, speech, vision and thinking, rehabilitation may be a necessary part of recovery. Physical therapy can help you regain lost motor skills or muscle strength. Occupational therapy can help you get back to your normal daily activities, including work, after a brain tumour surgery. Speech therapy for speech difficulties can help if you have difficulty in speaking.

Young patients may require psychological counselling as brain tumours may leave a deep impact on the daily activities of the person and their family caregivers. Emotional and spiritual support, yoga and relaxation techniques should be a part of the rehabilitation programme. A strong will power and positive attitude go a long way in overcoming the psychological trauma caused by the brain tumour. Last but not the least, a large number of brain tumours can be excised safely and the patient may lead a normal life.